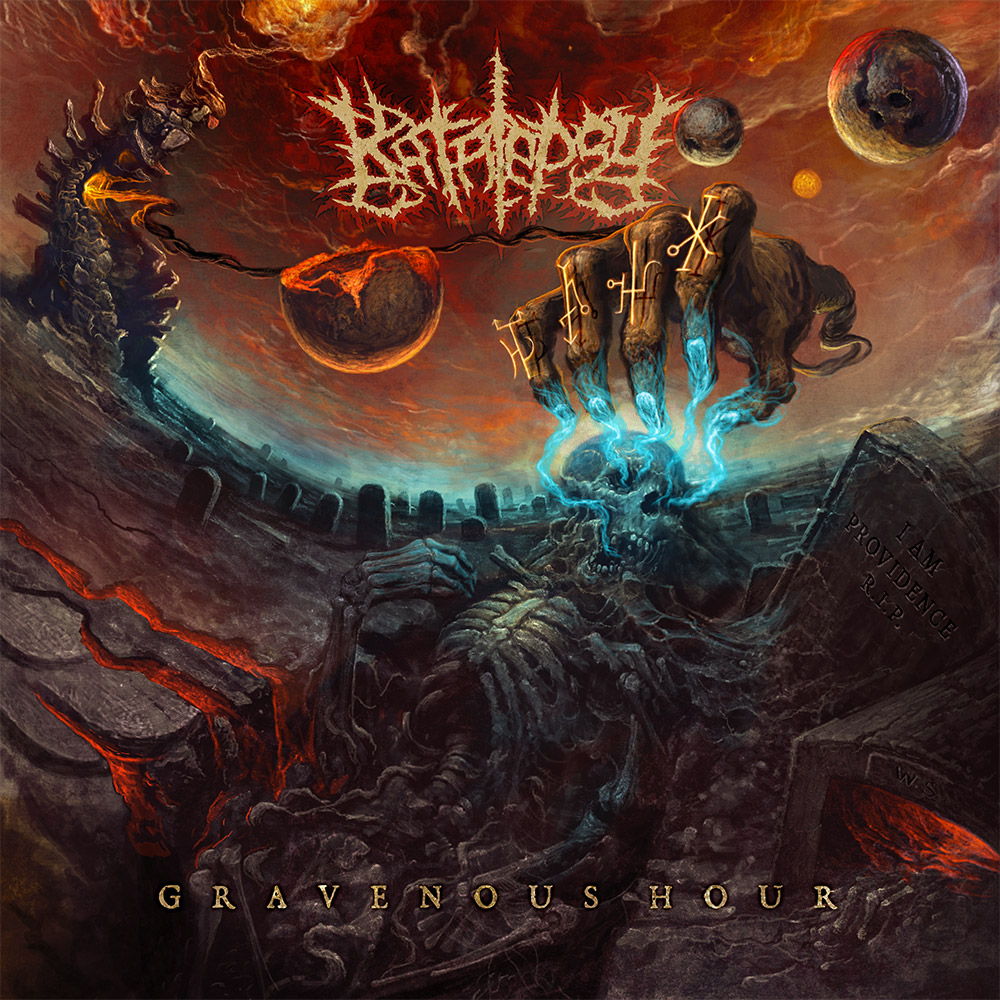 By Wouter H.
Russia has a lot of brutal death metal bands to offer and yet Katalepsy is one of the better known bands, mainly due to their appearances on a number of editions of Death Feast Open Air, amongst others. Katalepsy already proved with their debut Musick Brings Injuries to be very brutal and confirmed it again with Autopsychosis which was an improvement in complex songwriting. Now they’re ready to release their second full-length by Unique Leader which ought to be good!

Gravenous Hour is rather complex like Autopsychosis, beginning with an instrumental song which sets a very ominous mood before the brutality will dominate the rest of the songs. The brutality is expressed by a pounding double bass and heavy riffs which has some technical aspects here and there. Guitar solo’s are not uncommon and the bass also steps to the foreground at times to deliver impressive licks. This all accompanied with deep grunts and an occasional groove will surely cause movement in the pit.

Gravenous Hour is the bigger brother of Autopsychosis having more depth in the music. It offers more technical aspects and an overall more complex structure. Overall it is a great brutal death metal album with plenty of blastbeats, abrupt tempo changes and deep grunts. Even a few slams and bassdrops can be found here. Especially fans of their last album, which was very well received, will appreciate Gavenous Hour too.