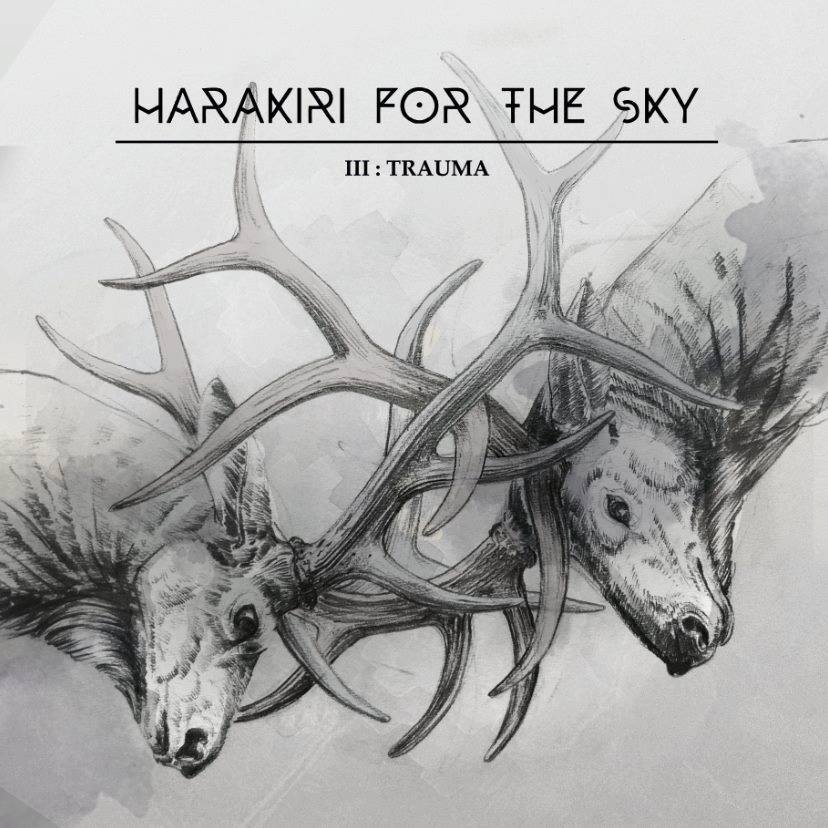 By Sam
I’ve been feeling a lot of feelings lately. Inexplicable, overwhelming feelings that seem to well up out of the depths of my insides with no warning, shoot into my brain like a geyser, and just flood the friggin’ place. I don’t know; maybe it’s hormones or something, but in any case, these feelings have been making me do a lot of things I wouldn’t normally do. That’s why on a breezy April Fool’s night earlier this year, all hopped up on emotions, I made a spur-of-the-moment decision to head downtown alone and spend the better part of the evening watching three bands that were barely even on my radar before I came down with this massive case of the feels.

One of them was Harakiri for the Sky, a relatively young post black metal band from Austria. I had listened to a few of their tracks in the past and somehow decided their music was just too sad for me. In my current emotional state, though, that sadness no longer felt oppressive – in fact, it was liberating in a way that allowed me to concentrate on other aspects of the music that I’d never noticed before. The guitar work, for instance, was incredible: clean and precise, even live, building complex patterns from relatively simple melodies that kept me immersed and fascinated during the entire performance. Afterwards, I actually ended up leaving the venue a few songs into the headliner’s set, because I quickly realized there was no way they were going to top what Harakiri for the Sky had delivered that night. My geyser of feelings had ebbed into a gentle, burbling fountain.

A few weeks after that show, I was offered the opportunity to review the band’s third LP, III: Trauma, and I naturally jumped at the chance. Thankfully, I got the album well in advance, because I knew I would need a while to really let this music sink in. I spent some extra time thoroughly familiarizing myself with Harakiri for the Sky’s first two releases before ever touching III: Trauma, and I was once again struck by how talented this band is at creating an engulfing atmosphere out of what, at first listen, may seem like very simple guitar lines. Every song on the band’s previous release, Aokigahara – named after Japan’s suicide forest; see why I thought it might be too sad? – had a melodic hook to it that would sink right into my heart and brain and just tug. “My Bones to the Sea,” “Homecoming, Denied!” and “Burning from Both Ends” were a few of the tracks that I found particularly tough to get out of my head after a playthrough of that album.

By the time I felt prepared to listen to III: Trauma, I was actually a little nervous about what awaited me: I had gotten so wrapped up in the band’s earlier discography that I was afraid I might be disappointed. But after dipping my toes in the water with the first track, “Calling the Rain,” I could already tell that this latest Harakiri for the Sky album was exactly what a fan hopes to get from a band’s third work: It’s more sophisticated and diverse than its predecessors without losing the distinct sound that makes the band unique. Those melodic hooks are still there – but with a greater intricacy, developing into tapestries of sound more layered and engulfing than ever before, and an occasional smattering of keys mixed in for good measure. The tempo feels more driving and dynamic; on “Thanatos” or “Viaticum,” for example, you might think for a brief moment that you’ve stumbled into a punk album, while “This Life as a Dagger” is a dark, heavy funereal dirge.

If I had one complaint about Harakiri for the Sky in the past, it was the vocals: Something about them just rubbed me the wrong way, and that always slightly distracted me from the brilliance of the music itself. But on III: Trauma, I feel like that issue has been resolved. I can’t put my finger on exactly what’s different this time around, but the growls sound richer and more substantive, and the clean vocals, while rare, are impressive: incredibly polished and professional. I made a conscious decision to avoid taking too close a look at the lyrics while writing this review, however; I skimmed them to get a sense of the overall motif, but as a translator and editor by trade, I often have a hard time with English lyrics written by native German speakers. I didn’t want my pedantry to diminish this otherwise excellent work, and the lyrical themes – death, sorrow, regret – are conveyed perfectly well by the music itself.

Even with all the time I had to form an impression of this album, I feel like I didn’t even begin to plumb its depths. For all of you hardcore Harakiri for the Sky fans out there, III: Trauma delivers a somewhat more mature version of the sound you already love. And to those of you who, like me, are just starting to discover what this band has to offer: For best results, listen with your melancholy, your joy, and your heartsickness bubbling just below the surface. It’s the sort of music that requires you to be vulnerable, and that’s a wonderful thing; it’s a balm for the emotionally afflicted among us.