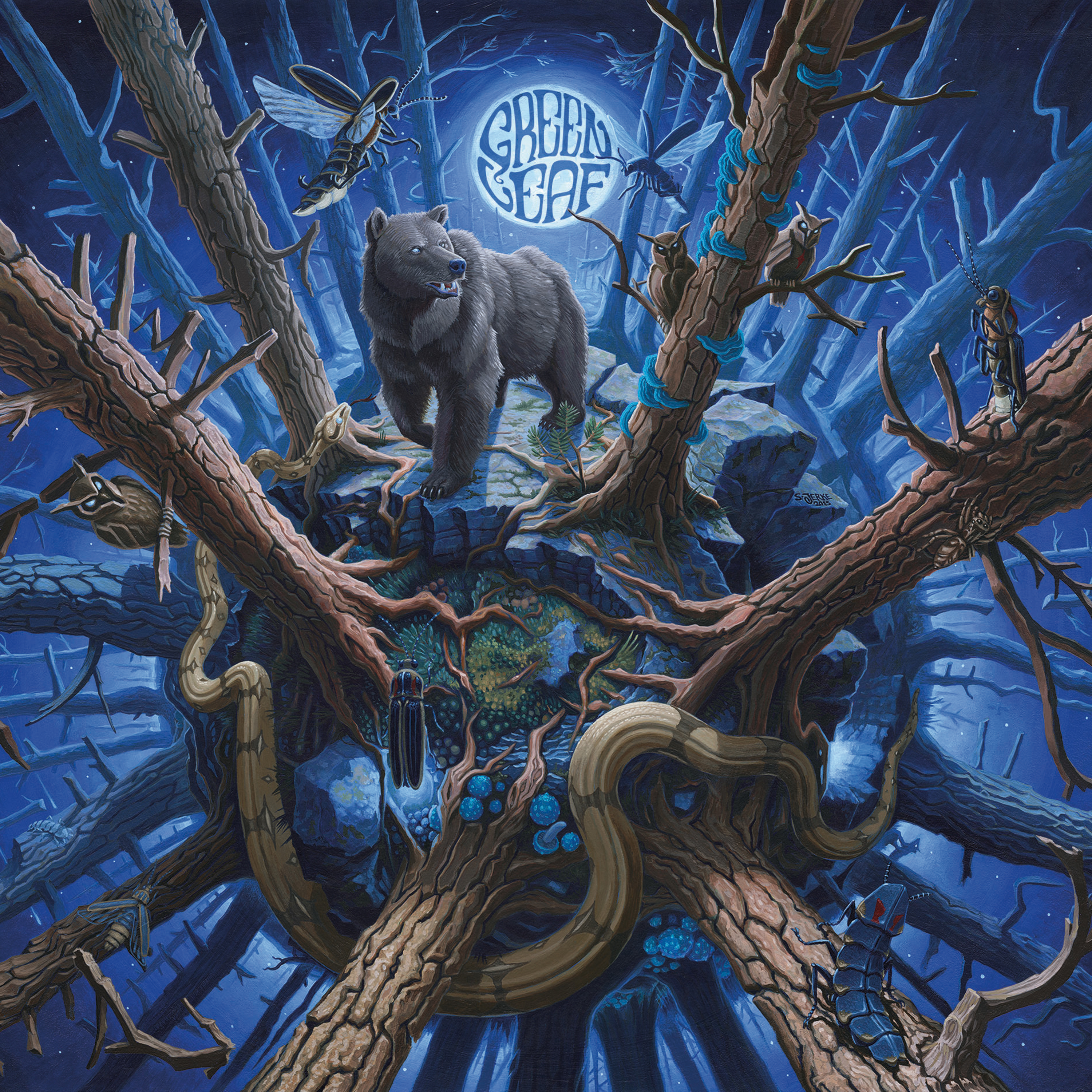 What started as a side project a lot of years ago, turned out into a pretty active band the last couple of years. Rise Above The Meadow is Greenleaf their debut with Napalm Records, but marks already the sixth full length of this band. The past couple of years the band has been producing albums and playing live shows like never before.

Through these years, their stoner rock has been developing into this powerful new album. With Rise Above The Meadow, the band certainly rises themselves to a higher level. The album opens with one of my personal favorites, A Million Fireflies. The song is rather high and catchy, and vocalist Arvind Jonsson immediately let us hear what he is capable of. His pleasant and raw voice stays a nice treat through the entire album.

The album nicely paces on in a steady mid-tempo dominated by the heavy riffs the band is known for. Worth mentioning is one of the other most catchiest songs on the album Howl. The balance and collaboration between guitars and vocals is great to listen to.
Highlight of the album definitely is Levitate and Bow (Pt. 1 & 2). The song starts very carefully and slowly builds up to an epic rock classic. I certainly feel like I’m rising up, as if being lifted up, above a meadow here.