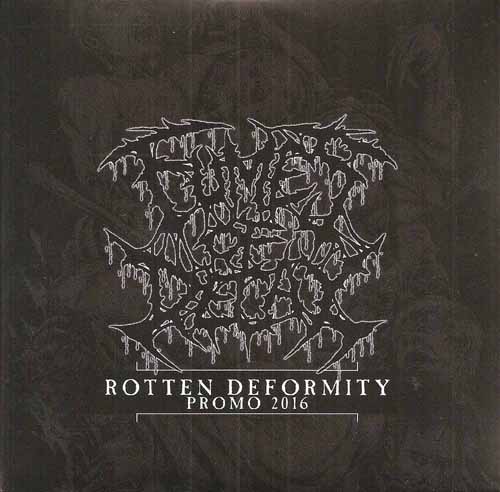 By Wouter H.
It has been awfully quiet at the Fumes of Decay camp for quite some time since the release of their debut album Devouring the Excavated in 2011. This due to some line-up changes, which is a shame because their debut was a great piece of brutal death metal with some great slams in it. Thankfully, the Dutch death metallers are back now, with a taste for what’s to come!

Fumes of Decay recorded Rotten Deformity in november 2015 excisting of three new songs. The focus was never on the slams, but with these three new songs they shifted even more towards the complexity of brutal death metal. The songs are dynamic, heavy and brutal. The new vocalist, Nico Munnik, does deeper gutturals and executes them perfectly. Overall the record is an improvement in the groups style and brutality.

Rotten Deformity is an exciting promo which proves that Fumes of Decay are still capable of writing brutal music. The upcoming material seems very promising now with these three songs, so stay tuned for more news from the Fumes of Decay camp. They are back!