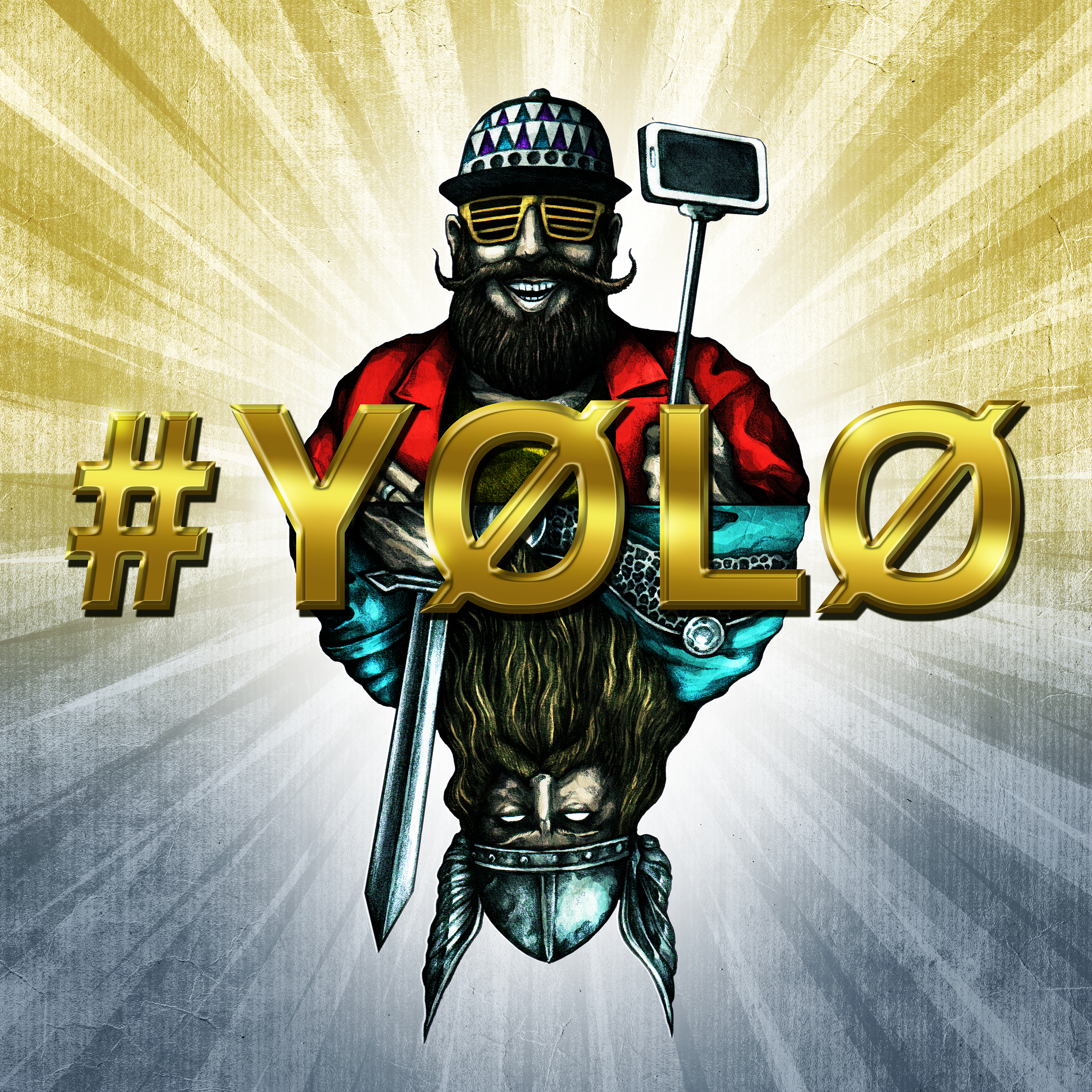 My first reaction after glimpsing at the track list of #YOLO was something like ‘are you fucking kidding me?’ Finsterforst, until now, was one of the bands in the Folk Metal genre that kept delivering good quality albums and didn’t fall into the ‘he-ho-let’s-get-drunk-and-don’t-take-anything-serious-anymore-trap’ that a lot of their colleague bands fell for.
But now I’m not exactly sure what to think anymore, because seriously.. why did they think this was a good idea? Did they think they had to proof they can be funny as well? I don’t want to come off as a negative (black) metal fan who thinks metal should stay true and blablabla, because I like to get drunk and visit a party metal show as well every now and then. But if I’m in the mood for metal party crap, I’ll put on some Korpiklaani or Alestorm. Finsterforst is a band you listen to when you’re in a somewhat different mood than that. Nothing wrong with experimenting a bit, but please stick at least a little to who you are as a band.

So, the album itself… Half of the album consist of covers that go from bad to worse. Miley Cyrus might not be the world’s perfect role model, in my humble opinion she is a good singer, and Finsterforst their Wrecking Ball cover almost makes me more of a Miley fan than a ‘metal’ fan; it’s false and not funny. Not to speak about the tasteless cover of Michael Jackson’s ‘Beat It’. You just don’t rape classic icons in the history of music like this. If you cover songs like this, at least make it worthwhile. The only ‘cover’ that doesn’t make me cry is Wild Rover, because this album fits the style of the song, and it’s actually a nice cover.

The band-original songs aren’t any better. The band has switched from German to English, but the songs have zero originality. Bottle Gods mainly sounds like Alestorm and Trollfest had a retarded baby, and Hangover sounds mostly uninspired as well and the tune perfectly describes your worst hangover ever; you want to get rid of it. No doubt that party metal lovers will love these songs, but this party style just doesn’t work for a band as Finsterforst.

The overall feeling is too ‘forced to be funny’. The idea might have been funny, it just didn’t turn out that great. My dear Finsterforst: please stick to what you’re good at. That is: making more in depth, inspiring and a bit more intellectual songs. We already have enough bands that can only sing about beer and getting drunk.
Experiment failed. Now if you’ll excuse me, I’m going to find something that will make my ears stop bleeding.