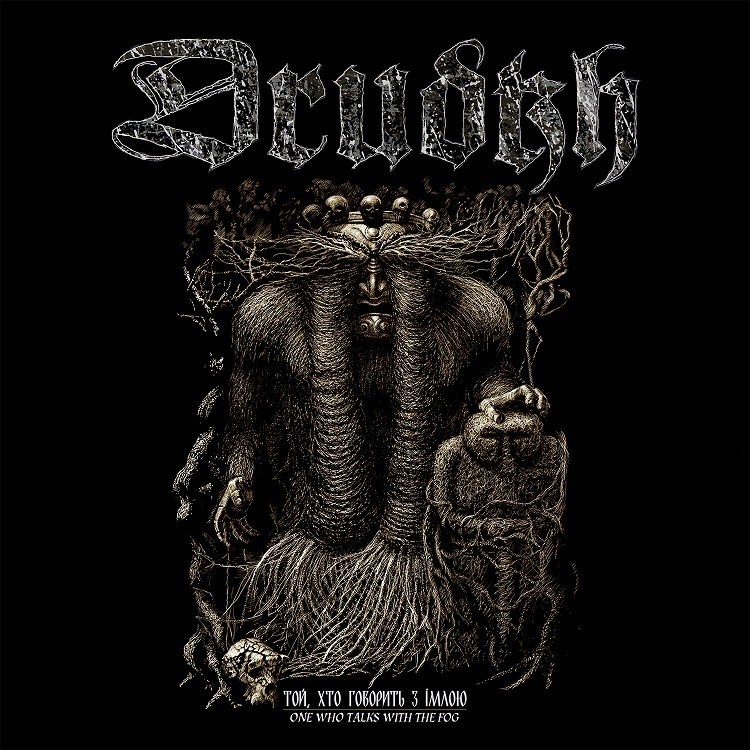 By Omer
I’ve always liked split releases. They can showcase the cooperating bands in a manner they want to be shown, and could in some cases, point out a shift in a bands’ direction. I like splits even more, when two of the bands I appreciate the most – Drudkh and Hades Almighty – are in it. Both bands have come a long way since their beginning, and both bands are currently at a nice, fruitful era for them, where their name is known and their music looked up to, so a collaboration between the two forces sounds like a great idea.

Drudkh’s part opens up the split, with two lengthy tracks. “Golden Horse” sounds pretty amazing with its’ heavy melodies, and personally, I would expect no less of a band that every release they ever made was staggering. The rumblings of superb blastbeats provides a steady pace that the whole Ukrainian bunch follows. The band have always excelled in creating a vast atmosphere that doesn’t tire the listener and doesn’t cover up the instruments, but rather go hand to hand with them, and that’s exactly what is presented here.

Short recesses from the amount of anger, helps to keep the level of interest high, topped with Thurios’s memorable and recognizable vocals that reach for the earths’ core with their tone. After listening to the first song, and then to “Fiery Serpent” over and over again, I can honestly say that Drudkh’s next release is something to be expected. I’ve been listening to them for quite a good few years now, and I’m thrilled to say that the material presented here, is some of the best the band has ever produced.

The album continues on to Hades Almighty’s part, which is actually their EP from 2015, named Pyre, Era, Black!. It kicks off with the title tracks’ slow, melodic intro, that emerges into a rapid march of Hades’s tunes. Their part of the split, with an emphasis on the first track, is quite catchy on one hand, but you can still definitely feel it’s the same group who produced great releases such as Millenium Nocturne and Dawn Of The Dying Sun (under just Hades), as the buds of musical exploration were there, even at the beginning.

I would also take a risk here and say that if this is any example of the future musical pieces Hades Almighty would release, it could easily conquer the musical shelves, with a core of raspy Black Metal, mixed in with some progression without sounding dull, as presented well with “Funeral Storm” and “Bound”, where I could use a little less keyboard parts, but frankly I’m overwhelmed, a brilliant song with brilliant vocals, and a structure that keeps the melody in the spotlight only when it’s needed. The band altered itself successfully, musical-wise, and the music is much more elaborate and feels a whole lot more vast than their latest release, some 15 years back.

All in all, It’s a great comeback for Hades Almighty, and a great sneak peak to the future of both them and Drudkh.