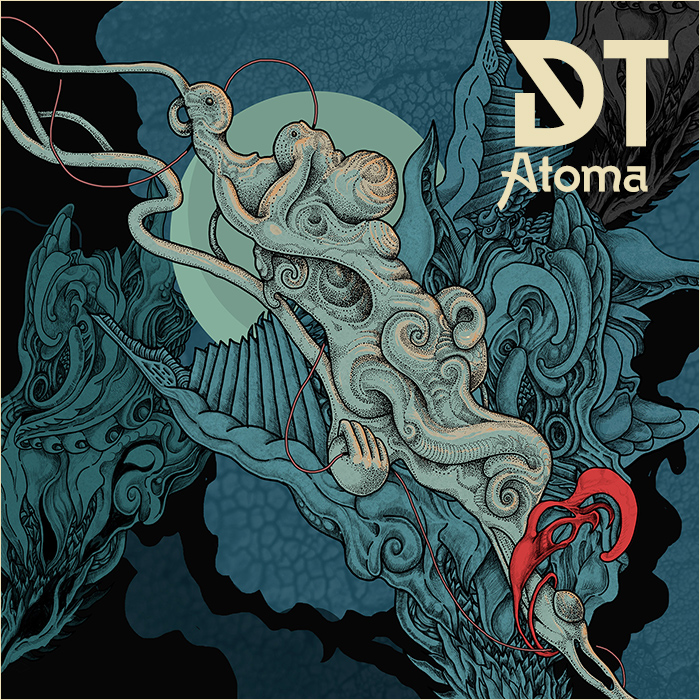 By Wouter B.
A wheel need not be re-invented. Yet means of transport are subject of constant innovation, though in the end they still take you from A to B. Dark Tranquillity made their 11th ‘transport’, with a trip from A to B just waiting to be enjoyed again and again!

Dark Tranquillity (Swe) can, after 27 years, celebrate a laudably nigh on constant line-up with their 11th album, Atoma (Centruy Media, release 4th November). They are, in my opinion, one of the best bands where it comes to the balancing act of constantly updating their music yet never losing or betraying their character. This has led to some strangely if beautiful creatures of albums, with landmark Projector being the pinnacle of their ability to throw stuff overboard and then rebuild the boat all together. And, inevitably, the ones that didn’t completely stick somehow – Construct, We Are the Void – which I (maybe unjustified?) think of less as they fall slightly short of my personal DT-standard. Which is (yes, you may have guessed) pretty high, if biased.

Originally starting of as death metal band, inspired by or inspiring the ‘Gothenburg-sound’ (old In Flames, At the Gates), Dark Tranquillity has evolved to a technical and melodic style rivalled by few. Whether it’s the strangely beautiful The Gallery, clean yet mellow and technical Projector, nihilistic Fiction or darkened We Are the Void, DT has ever changed and managed to captivate. Sometimes subtly, other times with a large shock-ripple effect (as was the case with Projector).

Though maybe not as innovative, DT has certainly managed to enliven their sound on Atoma (I had almost given up after their last two releases). Whether it are the hooking, chugging riffs, the more pronounced guitar solos (e.g. Neutrality) or the subtle melodic themes (Clearing Skies) and brilliant drum rhythm changes (most if not all songs?) or just the near perfect fitting compositions, I cannot honestly say. But I can say this albums does wonders for lifting your autumn mood an octave or two.

Mikeal Stanne (vocals) decided to continue the use (if sparsely) of clean vocals next to his characteristic growl, after Projector and Construct. Our Proof of Life is maybe the best example of how well this works (and perhaps magnum opus of this album). Overall, the songs seem to somehow get better over its length, a habit I can appreciate, as this keeps the listener attentive and engaged.

All good? Well almost, as the record could have done with (a lot) less ‘brickwalling’ and a more dynamic sound, the music (figuratively) screams for this! Alas, in a world of subpar earphones and bluetooth speakers used during constantly high noise floors (think: car, plane, train) I guess this cannot be avoided.

Listening to Atoma is like listening to Dissections’ Storm of the Lights Bane, after you’ve only just found out about The Somberlain. Or At the Gates’ Slaughter of the Soul after you finally, after months on end, have worn out your cd-player with Terminal Spirit Disease. Shit just got real (good), and there is more, and maybe even better! This is however the 8th or so time DT has managed to stir just this feeling, ever since their poetic release of The Gallery. Atoma: it’s magnificent.