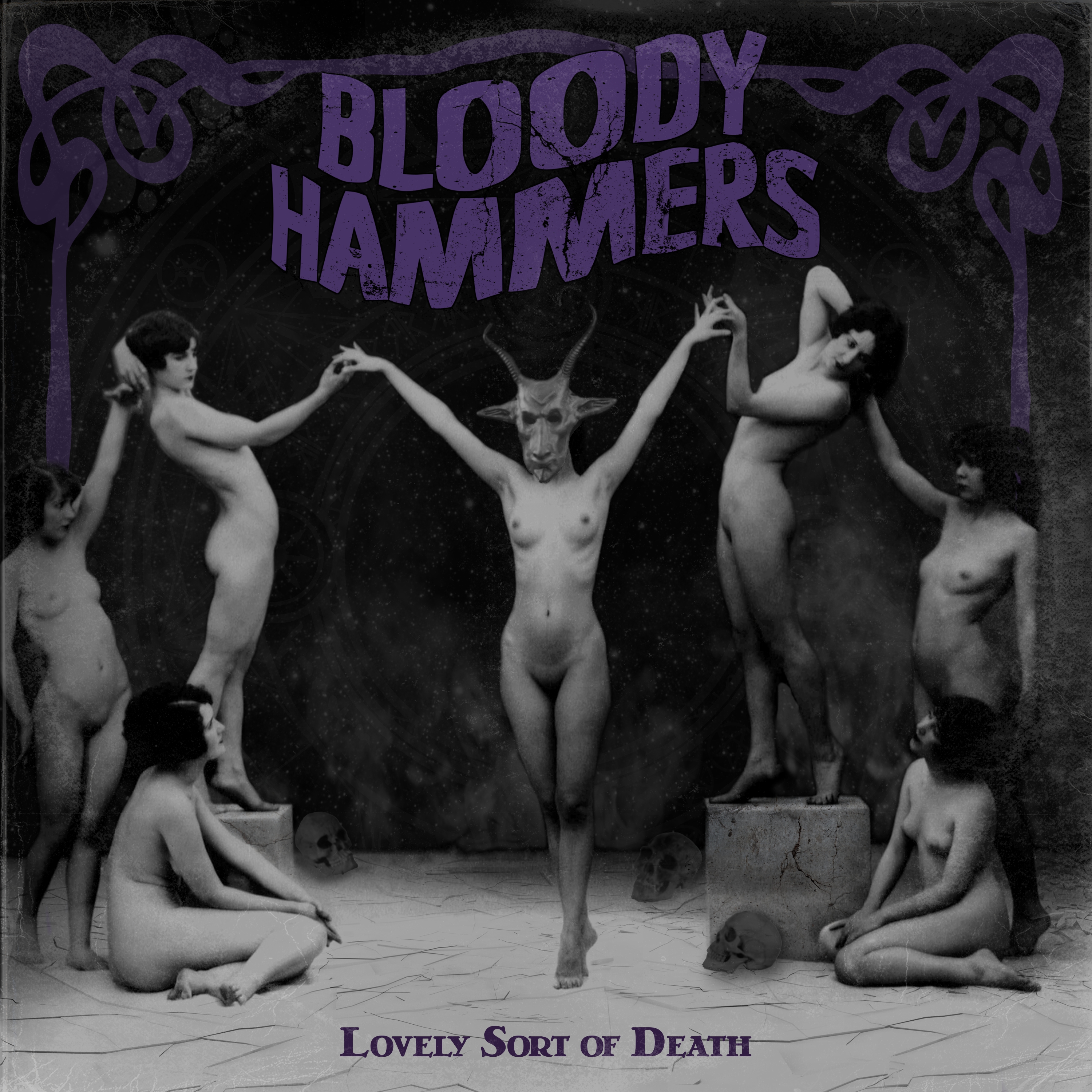 Bloody Hammers are a fantastic little duo, hailing from North Carolina, USA. I got to know them through their self-titled debut album from 2012, which was a fantastic release that managed to combine their own mixture of Hard Rock, Stoner and Doom, into one big unsophisticated yet great experience.
Since then, a ton of weed has been passed through the band members, and two more full length albums has been released, whereas now we’ve reached a third one (and fourth in total), named Lovely Sort Of Death.

The first moments of “Bloodletting On The Kiss” gets the listener in the right mood right away, as its first eerie seconds are mainly dominated by a monotonous tom-tom structure, dictating the slow process of atmosphere creation, while the deep vocals, almost to the level of spoken-word by Anders Manga (who’s also responsible for the bass), laying on top of everything, like early mornings’ mist.
As it is with Bloody Hammers, keyboards take up quite of a critical role, moving from early 70s psychedelic sound, to a more classical tone from time to time, and that is also the case with the second track, “Lights Come Alive”. Keyboard players’ role sometimes falls into a musical trap where they’re taking over the overall sound, yet it seems Ander’s wife (which is the keyboard player here), Devalia, manages to play in between the different guitar riffs and tones, to literally enhance everything around, and not take over.
The band is successful in building magnificent song structures, that gives the listener a sense of spiraling upwards, and actually not sounding too repetitive with their choruses.

“Stoke The Fire”, “Ether” and “Shadow Out Of Time”, all meddle with nice 70s influences (as most of the album, really), kindly winking to the psychedelic niche from time to time, as the keyboard strokes and effects gradually intercept the listener and brings forth a nice modern sounding, yet old styled atmosphere, engulfed in smoke and probably influenced by some less legal substances.
On one hand, the album feels a bit less on the heavy side, as it was with some previous releases of the band, but it’s not lacking either, as “Astral Traveler” quickly clarifies, being faster and heavier than the rest of his brothers in the album.
Throughout the album, it seems the vocals have been improved greatly from the bands’ previous works, and while it’s still a characteristic of Bloody Hammers, the above mentioned Anders seems to have grown a more versatile tone, and so able to fit himself into almost no matter which tone he wants to achieve.

All in all, Bloody Hammers are a prominent name in their small, yet powerful genre and it seems that Bloody Hammers would seem a great album to those who like the overall revival of the style (me included) in recent years.