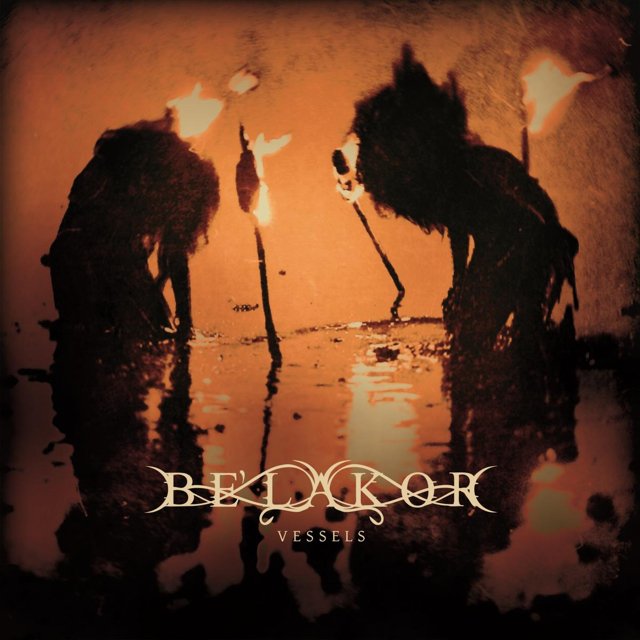 By Wouter B.
Summer 2012, an afternoon in August. Upon wandering around between better known bands, I heard the last three songs of by then to me unknown Be’lakor. Amidst the Summerbreezian fields tortured by a blazing sun, I was captured and gripped by their mix of progressive yet groovy death metal. Tempo shifts, guitar solos, melodies: everything was done better than many a band I had witnessed in a long time. A second viewing on Summerbreeze 2015 did nothing to erode that opinion. A new album you say? Bring it on!

Vessels is Be’lakors’ fourth full length after their 2012 release Of Breath and Bone. These Australians do a good job of countering the current domination of the melo-death genre by the Finnish. Like their fellow Australians Ne Obliviscaris, they however also excel in exporting refreshing, accessible and quality progressive metal to the rest of the world, as Be’lakor can be ascribed to both genres.

The growls by guitar/vocalist George Kosmas are not unlike lower-octave Åkerfeldtesque quality (Ohhh Opeth in their good-ol’ days…). Like Opeth, Be’lakor takes their time to develop and layer a song into its’ full play – only two of the albums songs are under the 8min mark. Unlike some progressive metal (think newer Opeth, Obscura) Vessels can be listened to and enjoyed with as well as without having your complete and devoted attention. The music lends itself just as well for cycling to work (and involuntarily smiling when the melodies and tempo exchange) as sitting, listening and not doing much else. The smile stays however.

Notably is the pronounced bass (John Richardson) on An Ember’s Arc’s opening, together with its playfully composed acoustic guitar line molding into an almost Finnish tone stretched guitar line (one that could easily have been cooked up Omnium Gatherums’/Insomniums’ own Markus Vanhala). The mathematically danceable galloping blast-drums (Elliott Sansom) on Withering Strands magnificently feed into the fantastic and slow paced midsection- yet ending to build a guitar lamented hack-saw beat at the closure of the song.

The hack-saw is continued on Roots to Sever, though the music doesn’t get overly aggressive or unbalanced. The magnum opus is kept for closer The Smoke of Many Fires, including an orchestral build-up and suspense. Again lamented by perhaps an even better mix of guitar and bass work, portraying an image of splendid solemnity and an invincible spirit – ending the exposition of fine arts the songs on this album are to me.

Vessels is magnificent and mesmerizing. The music, the compositions, the recording, the evocation and beseeching atmosphere…The technical quality of these Australians is so well expressed in their music it’s neigh on impossible to put to words. So, a new album, you said? Let’s hear it again!