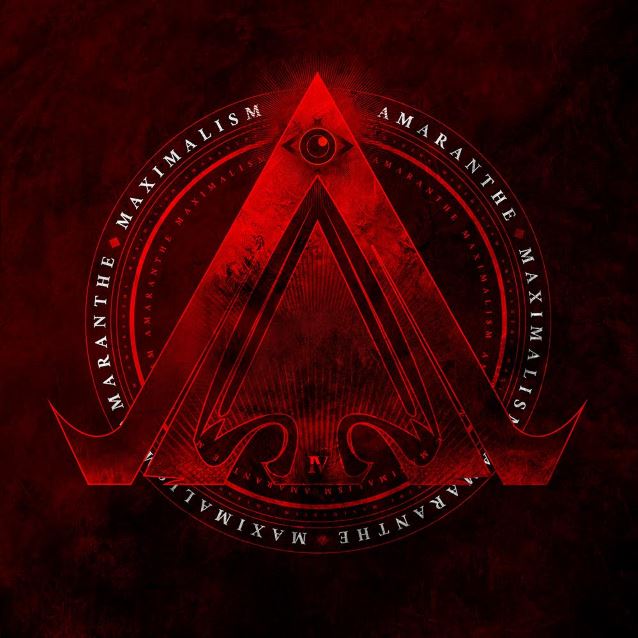 In Amaranthe’s previous album, Massive Addictive, we could sense that the band was doing their own thing and moving more and more towards the poppy side of their music. With Maximalism, this journey continues, which might divide fans.

After once again a dance style intro, the guitars make their way into Maximize, the first song of the album. Catchy, that’s the first thing that comes to mind, as the chorus sets in. Elize’s voice is soothing during the tracks, as it is mixed up with the other clean vocals of Jake and sometimes the harsh screams from Henrik.

The first single of the album “This Song” did take some getting used to. It’s a mix of different songs and leans heavily towards Queen’s We Will Rock You. Yet it is a good example of what direction Amaranthe is moving. They don’t have just one style. Some songs seem heavier, leaning towards a soft kind of Death Metal, but overall it’s very clear that the band is heading into a pop-rock direction.

Fans of the older work will not like This Song or On The Rocks, which are much more poppy than ever before, but still, they have a certain ring to them. Same goes with the faster and heavier “Fury” and “Faster”. The main thing that bothers me about the record is that it often feels like the balance is missing. Elize and Jake mix well together, but Henrik’s growls sometimes feel out of place.

Another thing is that just like in the previous album, the lyrics are really simple. Maybe even worse than in Massive Addictive. Just an examples: “This is an admission and our mission is to bring down the walls. It’s our mission, not fall to submission. Life is an addiction with conviction, you’re a Hollywood star”. It’s just making rhymes to get rhymes. On the other hand, it’s really well thought of, since this way it’s easy for songs to get suck in your head and you can sing along after only a few listening sessions.

With Maximalism, Amaranthe is moving further along their path to create their own style. This might bring some new fans, but some fans of old might leave the band for what it is. Still, the album has some catchy songs, even though the balance is hard to find sometimes.