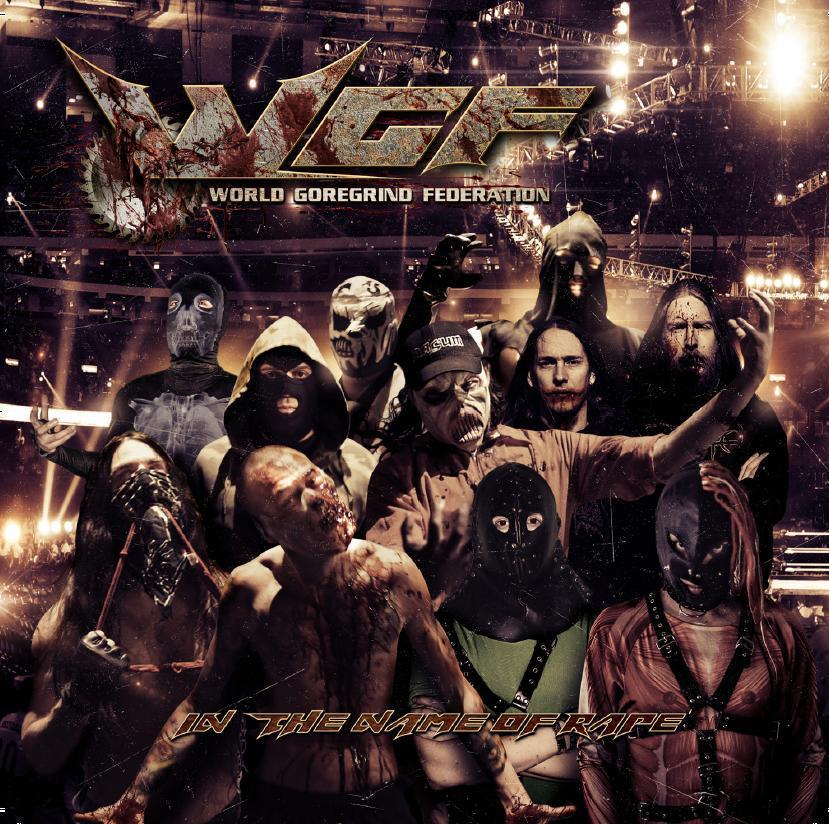 By Wouter H.
In the Name of Rape is a 4-way split with Rapemachine from Germany, Funeralrape from Italy, Clitorape from France and Razorrape from Sweden. The title now makes perfect sense, doesn’t it? With these names in mind, you can obviously expect a lot of goregrind with an overdose of sexual oriented humor, which may or may not lose your appetite.

Rapemachine kicks off aggressively with the song Clitgrinder. The first thing that springs to mind is the resemblance with Mortician, musically. The sound of the guitar and the rhythms are very much in the same style, although the vocals have much more in common with bands like Rompeprop and Gutalax. This stuff is really fun to listen to, entertaining from the first to the last song.

The second band is Funeralrape. They have a much more death metal approach with weird and disgusting intros. Switching between grunts, screams and pig squeels throughout the songs can be a good thing, but the screams don’t fit in nicely. Also, the guitar could use some heavyness to it. Overall a good listen though.

Clitorape is the third band on this split. They are also a big fan of pitchshifters to create those vomiting vocals. Combined with some groovyness and it’s party time, however, they try to add some technical aspects to their songs which I’m not sure of. Still sounds great though!

The last band is Razorrape from Sweden. This band too has a death metal approach but it sounds heavy and fun, especially their cover ‘Jailhouse Cock’. Never thought that song would sound great with pig squeels. Too bad this band only has three songs here.

In the Name of Rape is a very entertaining goregrind split. The bands all have the word ‘rape’ in their name in common, but they differ a little bit in style. The hightlights here are Rapemachine with their extremely heavyness and vomiting vocals and Razorrape with a more death metal sound to it and pig squeels. It also comes with a nice booklet and great artwork. So pick it up if you’re in the mood for some gore.