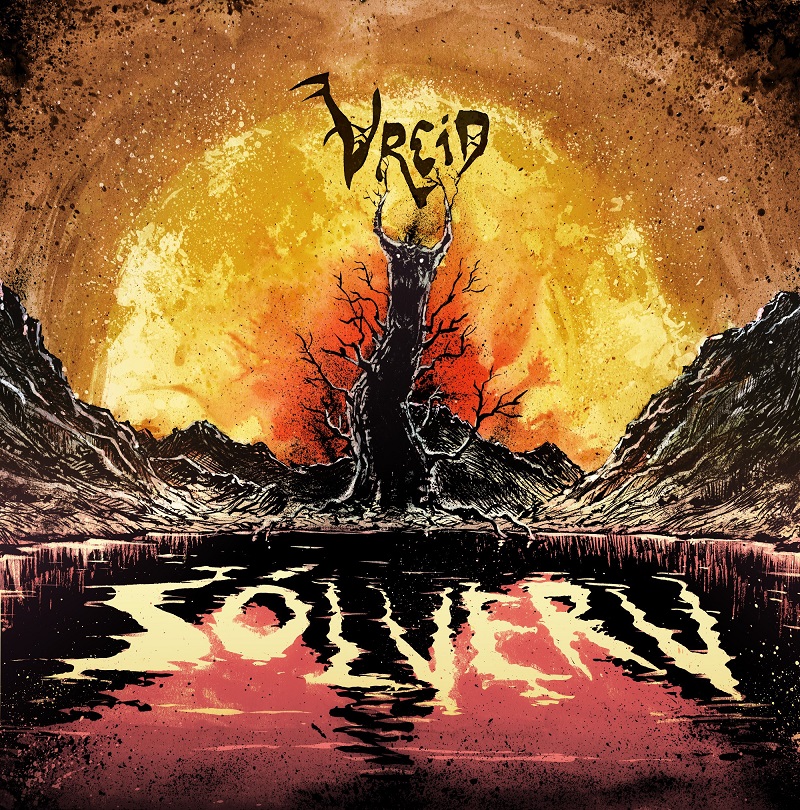 By Omer
It’a a little hard to believe, but Vreid are releasing their seventh (!) full length album over a course of a little more than a decade. What started out back in the day as a mere project after the legendary Windir days, developed during the years to be its own separate entity and the four Norwegians has delivered some very formidable releases during their lifespan, the last one from two years ago.

The band is notorious for their own blend of ice cold Black Metal riffs and usage of memorable parts that derive from the Rock N Roll part of the music world, which in turn contribute to the catchy feel Vreid are managing to create throughout their albums.

“Haust”, the opening track for the newly named Sólverv album, is exactly that, after a short crawling opening, we are introduced to the fast paced, familiar Vreid tempo, that incorporates a very sharp guitar sound, alongside Steingrim’s ferocious and fast as hell drumming. One’s desire to bang one’s head would perhaps only cease for a brief moment, when some melodic parts, partly due to the band’s usage of keyboards, is taking up the stage but don’t worry, as the usual musical aggression takes up the place again in a short while.

The band’s foot doesn’t let off the gas with the album’s theme song, as the raspy vocals by Strom dictate the songs’ build with a firm hand, and the band successfully transitions from traditional ultra fast blackened parts, to much more experimental moments that wink to the traditional world of Rock.

The new album also consists more about straight up Norwegian lyrics, rather than just Norwegian-events inspired, English lyrics, which also shows the band advanced with the themes that it chose to deal with in the album.

What I always liked about Vreid, was their ability to take a seemingly simple track, and through smart melodies, turn it into one heck of a melodramatic tune, and the smartest examples in the new album, are “Ætti sitt Fjedl” and “Når Byane Brenn”, numbered 4 and 5 respectively, when the previous manages to reach a high level of atmosphere within half of its’ length, only to build up the inevitable musical peak in which the song would climax at. The latter manages all of the above as well, while keeping the level of interest high enough within all the mess and aggression that the band delivers during the whole 50 minutes album.

Vreid have really upped their game in recent years, and in my opinion it was their 2013 album, Welcome Farewell, that was the real game changer for these guys, but Sólverv not only continues the path that the previous album paved, but magnified and perfected it.

I really like the new influences Vreid are putting in their current material and the way they manage to combine in with their base of old school tunes, is a real success, especially when a lot of other bands are trying to do the same, and fail.