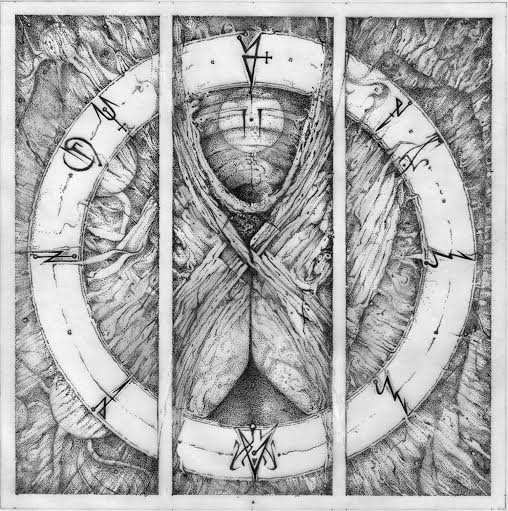 By Wouter H.
Every now and than challenging bands arise in the metal scene that don’t quite follow the rules. One of these bands is Villainy from the Netherlands who are about to release their second full-length. It is hard to distinguish what genre they actually play, but a few keywords are heavy, dark and melancholic. These concepts are well balanced to maintain a very dynamic sound which they proved on their debut album. Now let’s see what their second album brings.

Villainy’s second album is more mature and musically so diverse that it grabs your attention and holds it for an hour. The opening track ‘A Familiair Wind’ for example starts with an acoustic and very mellow intro which feels like coldness and loneliness to me. Then, a more uptempo rhythm starts unnoticed. It sounds cheerful at first but when you listen more closely, it actually sounds sad and creepy. Suddenly the distortion and drums take control for the rest of the song and the anger reigns and overcomes the solitude. Since this is an instrumental song, it is my personal interpretation and I believe it shows the tremendous musical variety and the incredible songwriting skills of Villainy for the entire album. Every single song is a rollercoaster that rides swiftly through tempos and atmospheres. Even with this many riffs Villainy manages to make it sound as one whole.

Villainy II: Dim is an absolutely incredible metal album with great atmospheres. It’s gloomy, mellow, heavy and also fast and the music carries you from one aspect to another. This variety will keep your attention during the entire album from the dooms to the blasts. Every single riff is responsible for this course and they all blend together to form a whole. From the very first chord until the very last one; absolutely incredible.