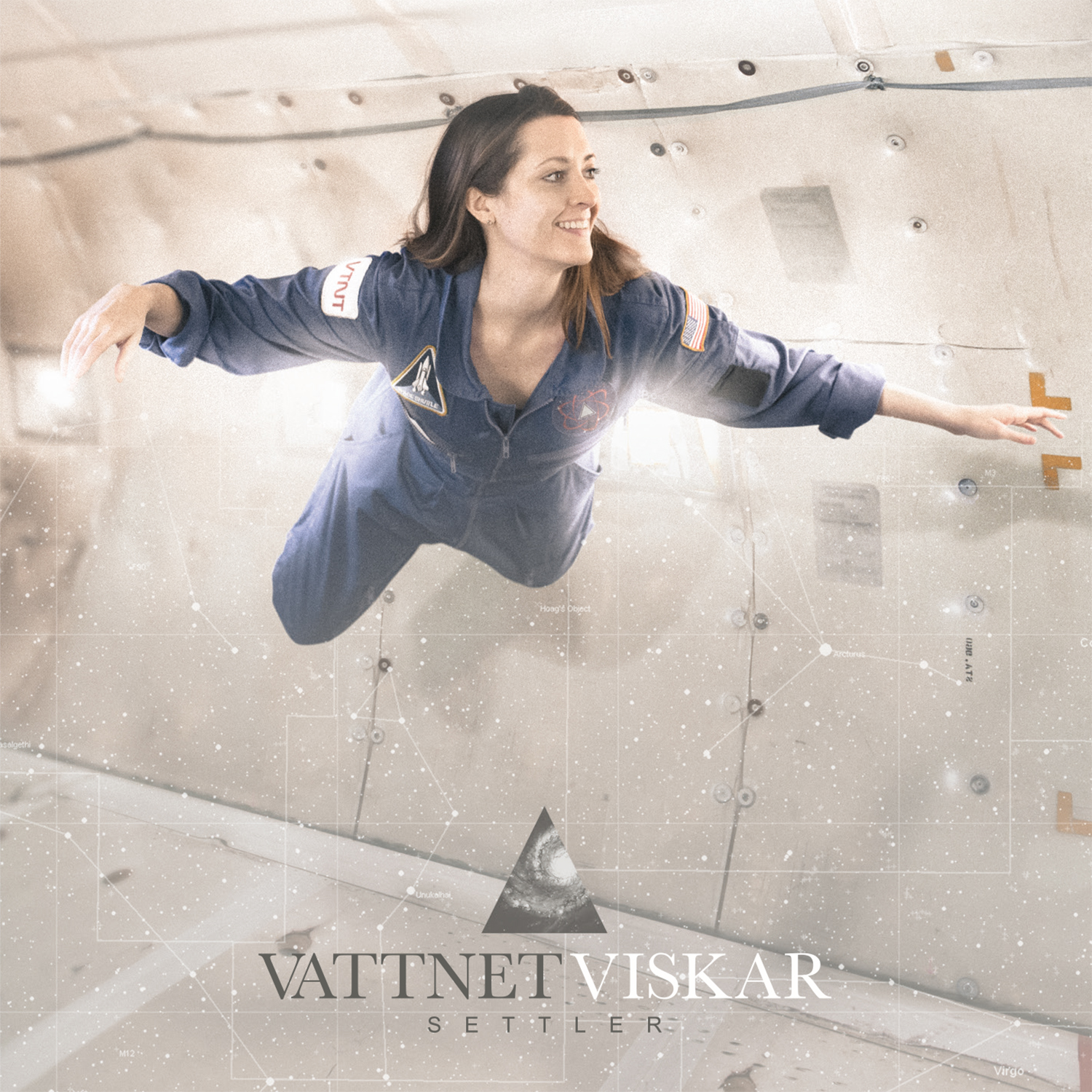 By Laetitia
About two years ago, I became acquainted with the American black metal formation Vattnet Viskar (the water whispers), when yours truly reviewed their debut album Sky Swallower. It was a good, atmospheric black metal effort. The only fear I had was that this band might not stand out among the already established groups in the same genre. Now, the band is back with their follow-up, Settler, and I’m curious to see which path they’ve taken.

Before getting to the music, the cover of this record is quite striking. It portrays a smiling woman, floating in a zero gravity chamber. This is not the bands way of surpassing the conventions of the scene (or perhaps it is that as well), rather an interpretation of the photo of teacher-turned-astronaut Christa McAuliffe. Her story ended up to be the backbone for the album, both visually and musically, states the band in a press release.

“I literally stared at that photo for months playing guitar. It’s a photo of her in a zero gravity chamber and she looks so alive and glowing. It’s one of the most conflicted things I’ve ever seen: to be so happy, at the peak of life, only to have it all gone right after. The cover is an interpretation of that photo. I take from it that being meant to do something meaningful in your life isn’t always going to go the way it’s planned. Being on a path that you cannot stray from, even though you know that the end of the path is your destruction and the destruction of everything you know, you must do it, and you would choose no other way to live.” 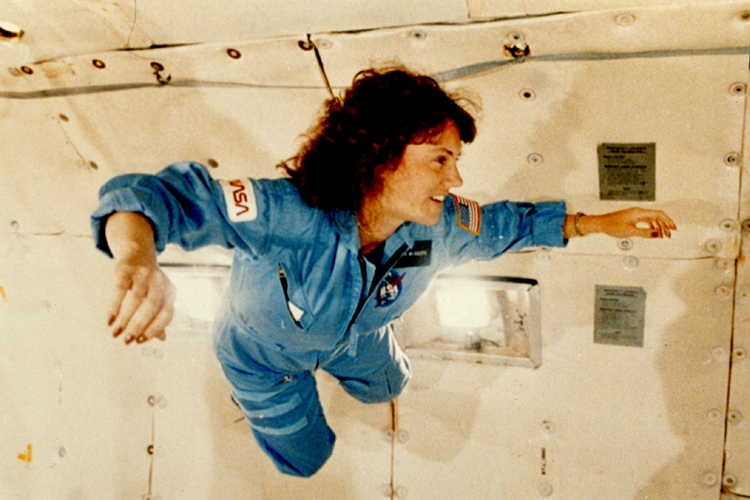 In 1985, Christa McAuliffe was selected to participate in the NASA Teacher in Space Project. She’s be the first teacher in space. However, in 1986, the space shuttle Challenger broke apart 73 seconds after the launch and none of the crew members survived. According to the band, the record is not about the explosion, but about: “pushing to become something else, something better, a transformation and touching the divine.”

It’s a sentiment that you recognize throughout the record. Most songs are doused with a vibe of optimism, created explicitly by the soaring riffs. Of course, a space journey evokes feelings of amazement, wonder and exhilaration, but the band also incorporates the darker side of it all: the fear and the longing for home with the overall grittiness and even dissonance on the record. Especially on heavy, impressive songs like ‘Yearn’ and ‘Impact’.

Stylistically, Vattnet Viskar has not strayed far from the sound they created on Sky Swallower. The black metal aspects are there, just as the frequent flirtation with other genres, like on ‘Colony’ and ‘Glory’. Overall, the focus is a little less placed on the transcendental aspects and more on instrumental violence. With Settler, it seems that Vattnet Viskar has evolved their own sound. Furthermore, they’ve taken a rather unusual concept and made it into a glorious and contemplative metal album. Definitely a candidate for the my top five of my year list.