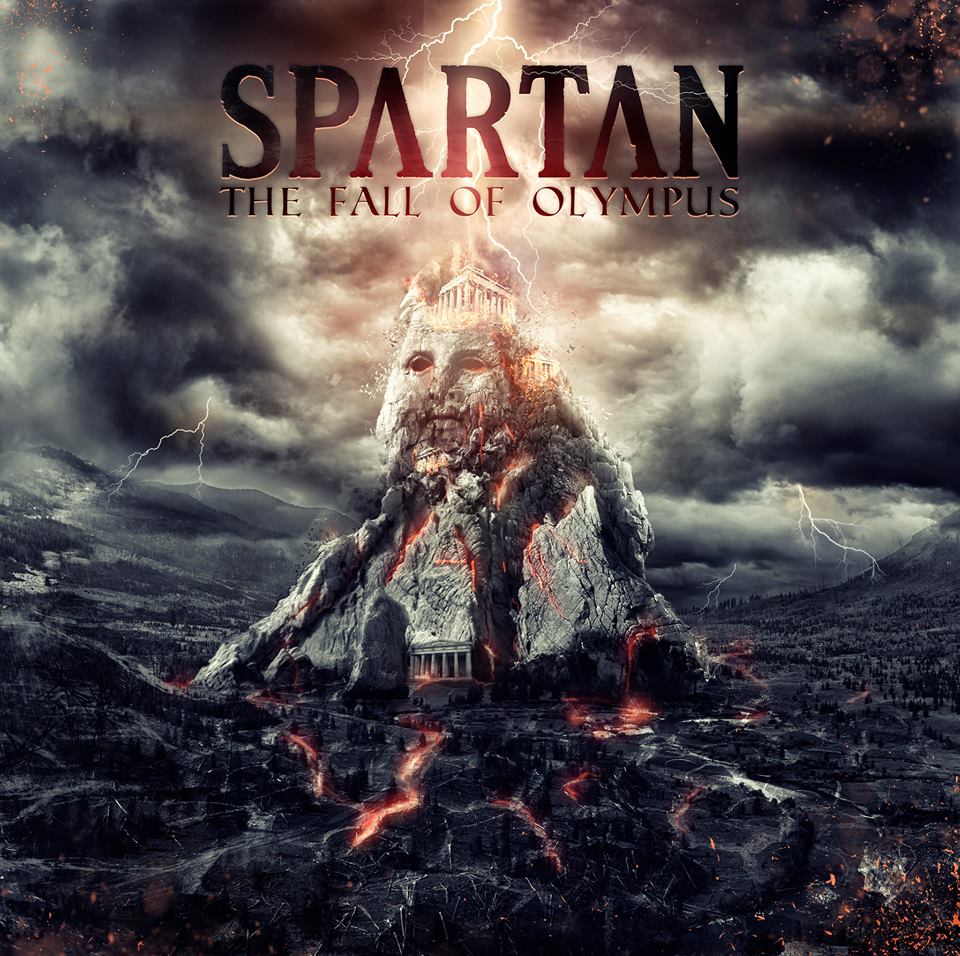 By Laetitia
It’s kind of nice when a band proves you wrong. My first acquaintance with The Dutch power/death metal band Spartan was just last year, when they opened for the Portugese metallers of Moonspell and Greek Titans Septicflesh in Haarlem (NL). I remember not being particularly impressed by these Dutchies. However, after spinning their first full length The Fall of Olympus a couple of times, I’m convinced that these guys deserve another shot.

What immediately strikes you is the sheer force and energy with which all the songs are delivered. The base of every track is a dense, melodic and dynamic attack of riffs (sometimes even Gothenburg infused) as is demonstrated on ‘Helena’. This, in combination with anthem background vocals makes this tune immensely catchy and heavy at the same time. Also, the production of this record is well balanced: it is clear, smooth, but not overly sterile.

Forgive the cliché, but the Achilles heel is the lack of original input, both theme wise and musically. Greek history and mythology are becoming an generic topic in metal and other (Greek) bands have explored it in a more subtle and more profounder fashion. On the other hand, an almost Arch Enemy-like thrilling song like ‘Breaking the Chains of Olympus’ (with vocals of Henning Basse), explains the more simplistic (and trademark power metal) approach to Spartan’s storytelling.

In the aforementioned track, you’ll encounter the other weakness of The Fall Of Olympus. Musically, you’ll hear nothing ground breaking on this debut, you could even call it safe. Whether or not you can overlook this, is for you to decide. For me, the more varied and pounding tunes like ‘Helena’ and ‘Elysium’ make up for it and these tracks show that this band has the potential to develop into something more. Last but not least, I’m curious to see how I feel about this band after seeing another live show.