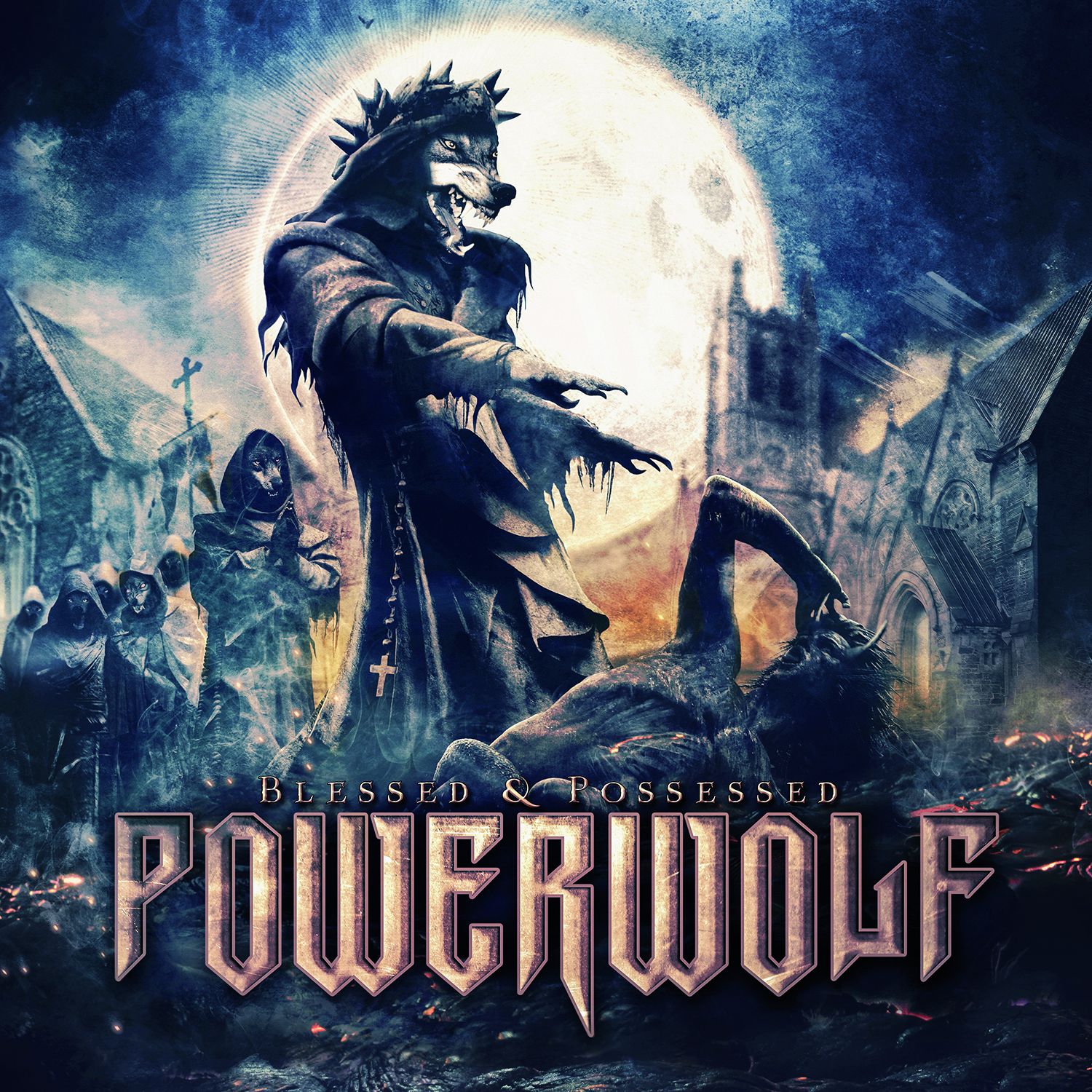 You might, or might not have heard of them, but German Power Metal band Powerwolf is getting more and more successful by the year. First time I heard of them was already a couple of years ago, and though I’m not a big Power Metal fan, I find their shows pretty entertaining and have seen a few of them by now.

A corpsepainted band using a lot of Latin and singing about vampires, werewolves, hallelujas and Mother Mary will make you associate them with Black Metal sooner than Power Metal, until you put on one of their albums. Now I will be the last to say that this band is doing something extraordinary or that their music is a unique one kind of a thing (ever heard of Sabaton? ;) ), but they’re most certainly not a dime a dozen band either.

Currently signed with Napalm Records, Powerwolf is releasing their sixth full length ‘Blessed & Possessed’ and the sound of this album is Powerwolf as we know them. Blessed & Possessed doesn’t bring us anything new but continues where we left off two years ago. We hear church organs, fast and powerful riffs, religious chanting and halleluja’s (a big overload of this all in ‘Sanctus Dominos’). With a few exceptions such as ‘We Are The Wild’, the songs are fast, fast and faster. Opening song and title track Blessed & Possesed sets the tone, immediately blows you away, and simply fills you with energy and makes you want to move. Other personal favorites are the also very energetic song Army Of The Night (see clip below), and the powerful and bombastic Sanctus Dominos.

This album is over the top, catchy, theatrical, bombastic and highly energetic; because, why change a winning concept, right? They know what their fans expect and want of them, and that’s what they have delivered.