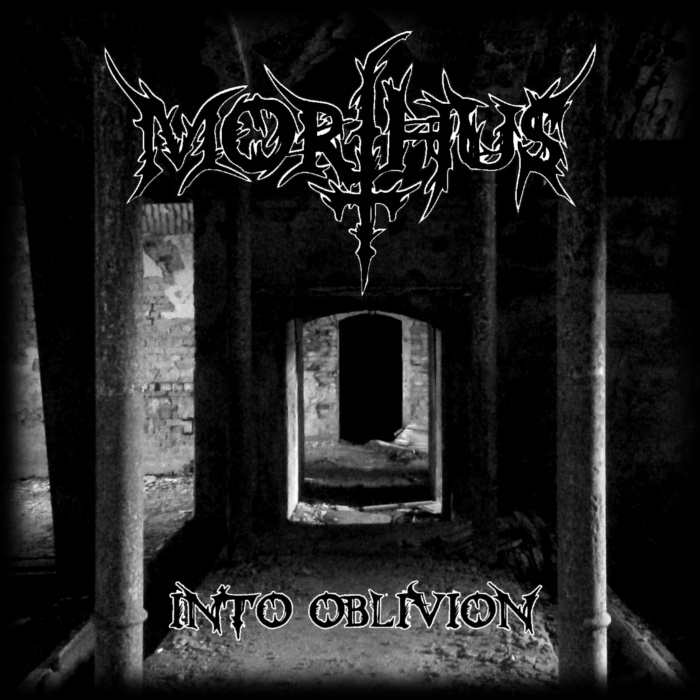 By Laetitia
Can you really go off track with an EP that features melodic black/death metal, inspired by first class Swedish acts, such as Dissection, Naglfar and Dark Funeral? There are two answers to this question: no, because no matter how often you hear it, it is still one of the most neat styles in metal (in my opinion). Then there is the yes: because at some point there are too much bands that are resurrecting the same sound.

These are pretty much my thoughts when listening to the debut EP of the German melodic black/death metal formation Morthus. The offering, called Into Oblivion was released last year. During the first spin of this EP, the sound immideatly caught my attention. The EP has a nice production, the guitar leads take care of the variety on these songs (although they could use a bit more of an edge). Combine this with rolling drums, and a raspy voice that is remnisicient of Steffen Kummerer’s (Obscura, Thulcandra) harsh vocals and you have a good indication of the music of Morthus.

These element scan be found in each of the four songs. Even though the material sound good, the thing that keeps nagging is that feeling that you’ve heard this all before. Whether or not you are bothered by this, is up for you to decide. I think it wouldn’t harm this band to be a little more inventive.