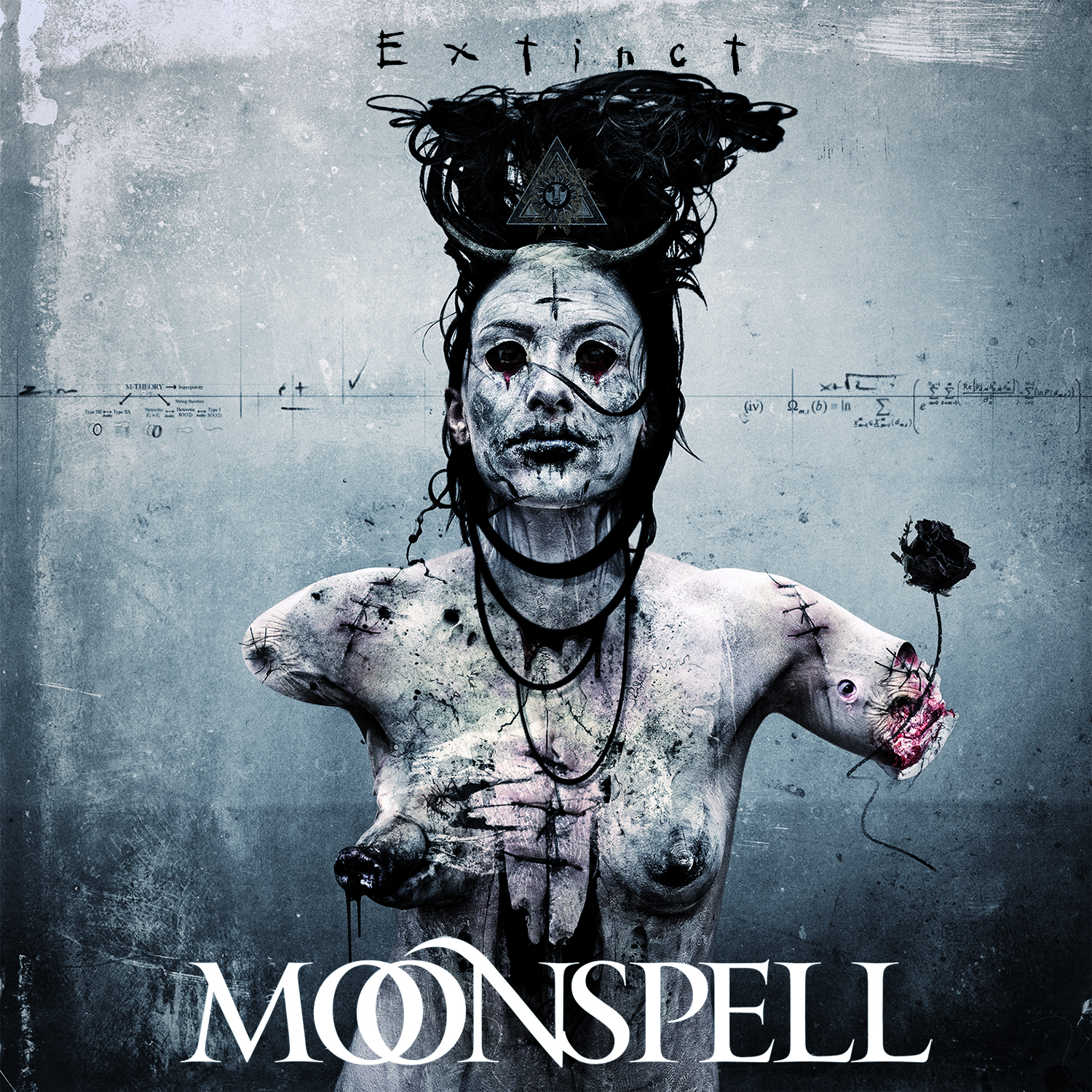 When I was still a young teenage girl, starting to become a little bit rebellious and discovering metal, Moonspell was one of the first bands I discovered. Most of the ‘metal’ bands I listened to back then have long been forgotten by me, but Moonspell is one of the few bands that still sticks around, and is truly loved by me. Though the older albums will always stay my favorite ones, I gladly welcomed every new product of epicness that the band produced.
Therefor I was really excited to hear their new album ‘Extinct’. I listened to it as soon as I found it in our inbox while doing some chores at house, but lacked some time to give it some quality listening time until today.

Even though Moonspell their sound has changed a bit through the years, I’m happy they stuck with their ‘Gothic Rock/Metal’ sound which marks their music. But I have to confess that their general sound has become more open, heavier and almost a little catchy and a bit less deep, dark and undergrounded as it was in their first years.

The first two songs, Breathe (Untill We Are No More) and title song Extinct are a bit of a mixture between the newer work as known on Alpha Noir, and older times such as Darkness And Hope.
Fernando his dark and low clean vocals make me go back to my early teenage years. Nevertheless the songs are a bit more up-tempo and harder and heavier than they were back then.
Medusalem also fits this style, but brings something new on the album, because the song is marked by oriental influences.

After the typical Moonspell mid-tempo song Domina, the more powerful and catchy songs like Last Of Us and Funeral Bloom really show the ‘newer’ Moonspell. The songs are heavier and less of the old gothic sound. Nevertheless songs like these make all the band members shine, as can be heard by the great guitar solo that opens the first of these songs, but also are highly prominent on this album.
Fans of the earlier albums Darkness and Hope, and The Butterfly Effect, will certainly like the songs Malignia, and The Future Is Dark. Malignia for sure is one of my personal favorites on this album.
The album ends with a bit of a weird song: La Baphomette. In contrary to all the other songs on the album that are English, this song is in French (might explain the weirdness ;) ), and has a complete different style.

With Extinct, Moonspell gives us a lot of variety. It is no new Alpha Noir, but they certainly continued with the heavier sound. Nevertheless they also can’t let go of their Gothic Rock past, which is a good thing, because it makes them who they are.