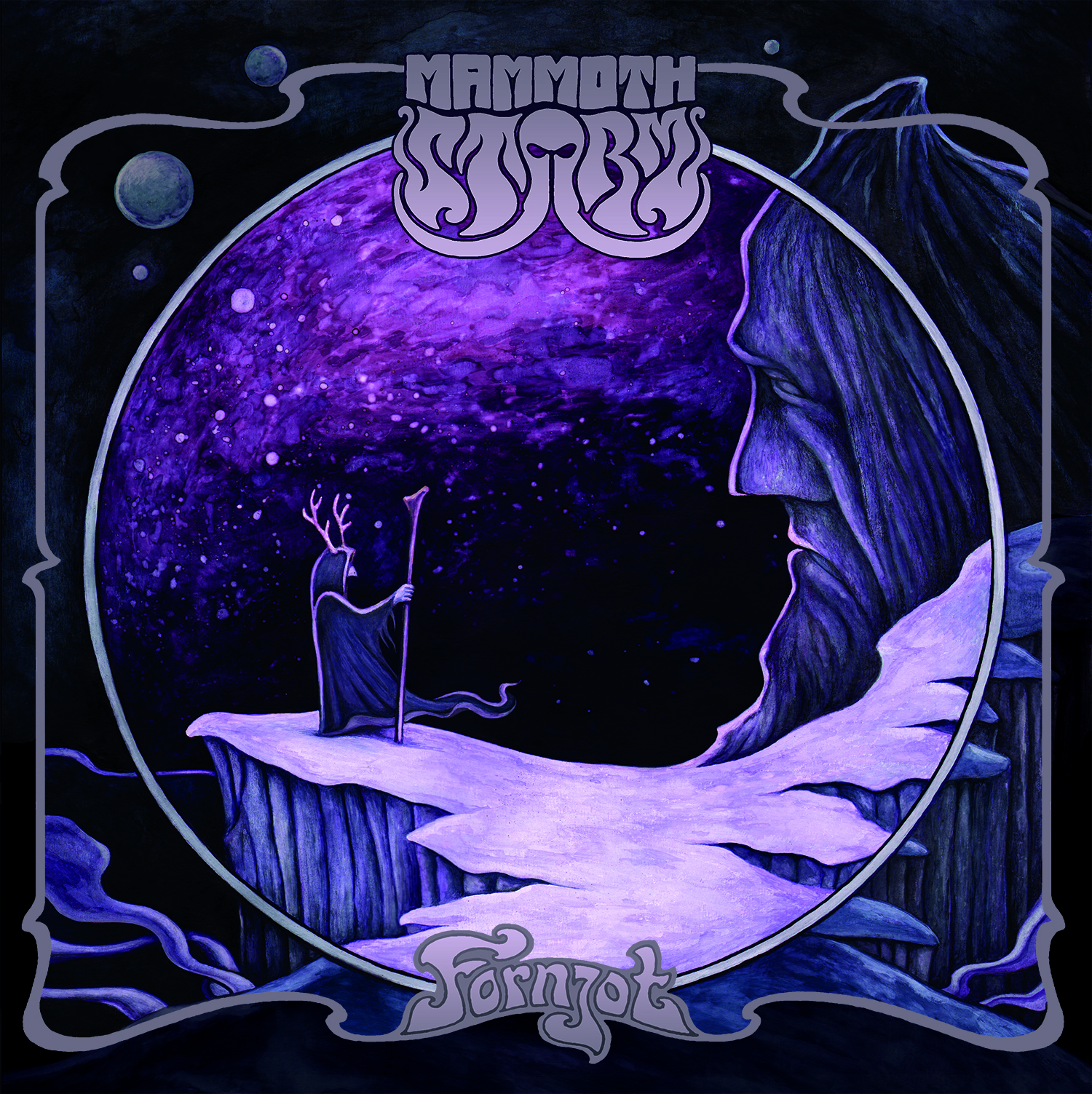 By Omer
Usually, I’m not the one to follow Doom metal as closely as other genres I like, but from time to time, my musical mood shifts to one that likes to dabble in the nice niche of Doom and/or Stoner. Unfortunately, most of these bands sound quite the same today to my ear, whether it be the vocals that try to imitate the next band, the riffs that almost sound stolen, or the general feel of “I’ve heard this a shitload of times already”. This being said, sometimes I do happen stumble upon a Doom/Stoner release that actually catches me, as it the case with Fornjot, by three-piece Mammoth Storm.

Mammoth Storm hail from Sweden, one of the capitals of Metal worldwide, along with being the land of pretty ladies, Swedish meat balls, and the most disgusting thing ever, Snus. These guys play some pretty nifty Doom/Stoner and as the names suggests, being a Storm of magical old fuckin’ Mammoths, this is, heavy and magical at the same time.

The albums kicks off with “Augurs Echo”, that dives right into the lengthy characteristic of the genre, as it strands well over the 11 minute mark, while delivering a continuous rhythm of some of the thickest guitar sounds I’ve heard lately, keeping the obscure atmosphere intact through the whole duration of the song. It is already clear from the first couple of minutes of the song, that what we have here is quite the opposite of anything that feels lightweight. In fact, the riffs and the vocals create one of the “fattest’ effects I’ve heard lately, positioning the band in the first row with infamous names such as Electric Wizard and even Saturnalia Temple, when considering the atmosphere these two bands achieve in their music.

“Vultures Prey” comes in 2nd, and while continuing the heavy as hell sound the album opened with, it also steadily add a very mesmerizing and eerie effect to it, that eventually results in a very good, almost psychedelic sound effect, with a bit of a 70s feel to it, and while doing so, provides another point of interest to the album even to someone who doesn’t necessarily listen to these kind of tunes every day.

“Sumerian Cry” does not feel like a filler, even though it kind-of is one. The spiraling riffs and sand storm snare marches provide an excellent intro to the title track, “Fornjot”. I have to mention the vocals by Daniel for the better, as these are executed in a very rugged tone, which fits the music snuggly enough to provide another layer of the same tone, and that truly defines the band. It’s heavy, it’s uncompromising and it includes just the right amount of grooves to keep the listener’s ear craving for more.

Throughout the entire album, the band drags the repetitive rhythms on and on, creating a total soundscape of crawling tunes and spinning colors, made of different layers and textures, while actually not putting too much effort into anything else than just playing more of the same with every song on the album. And it works (for the better and for the worse)! Just like that same magical Mammoth I mentioned in the beginning.

There are however, small differences between different tracks here. For example, the vocals on “Horns Of Jura” are somewhat different (in the beginning, almost spoken-word kind of feel to it) than the title track before it, and that by itself makes it a tidy bit more interesting, as if the almost 14-minutes monumental “Hekla” track wasn’t interesting enough.

No album is perfect, and one flaw in my opinion is that Fornjot tends to be a tidy bit longer and repetitive than what I’d expect and is eventually a little tiring by the time one gets to the end of it, but overall, the debut album by Mammoth Storm is truly a very promising one, that manages to stand out between the rest of his fellow releases in the genre. If I don’t tend to listen to Doom in such a rate and found it to be very good, I can only imagine the good opinion avid listeners would have on Fornjot.