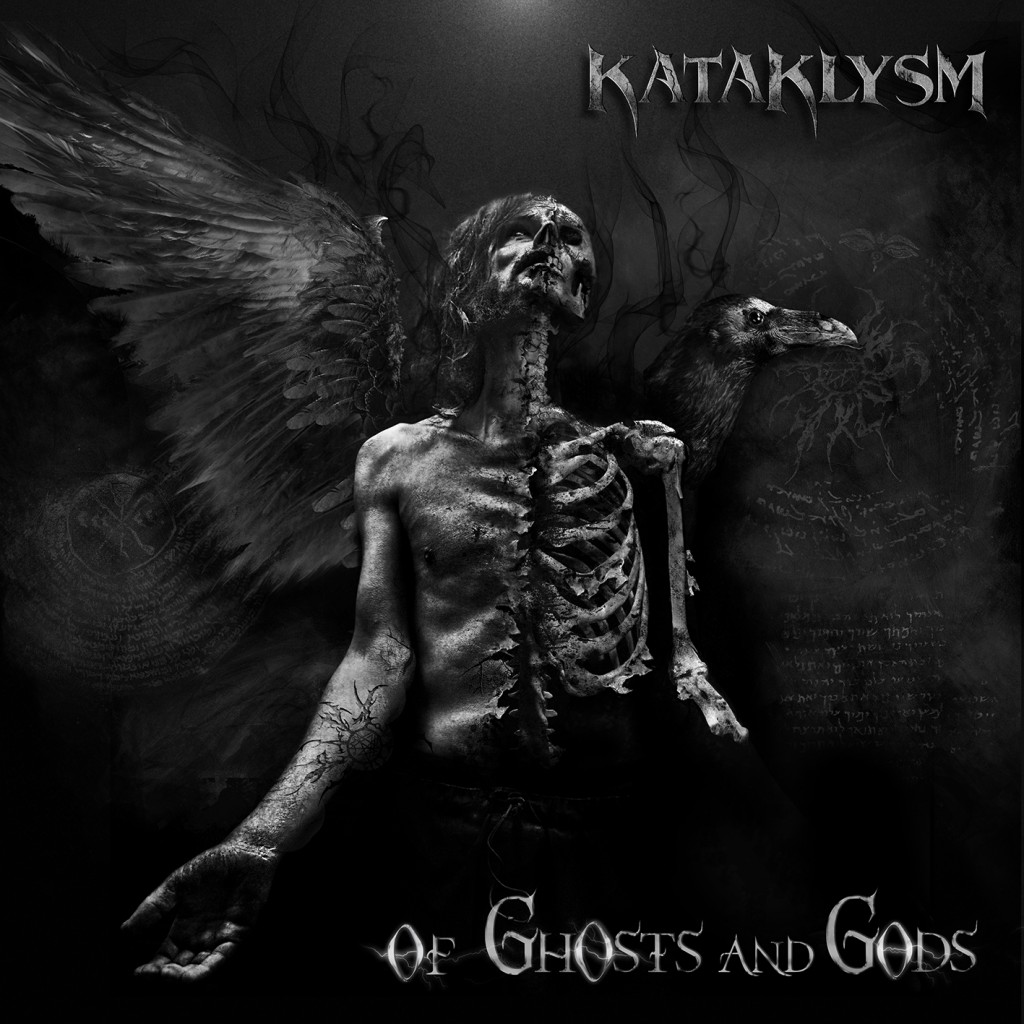 By Laetitia
“You say you didn’t cause all this. Your God did!” The twelfth studio album of the Canadian death metal outfit Kataklysm kicks off with an excerpt of Ridley Scott’s movie Exodus. Of Ghosts and Gods covers the relationship that humanity has with its inevitable death and the Gods who have been conjured up to deal with that reality.

Aside from releasing a new album, the group also created a video clip for each of the songs (in total ten – not all have been released at the time of writing) on the record.

The record opens with ‘Breaching the Asylum’. This track demonstrates the development that the music went through in the past years. There are some people who claim that all Kataklysm albums sound similar and that is true to a certain degree. The band is known for a very recognizable sound, yet this sound matured. It is not focused on solely overwhelming you with brutality anymore. The music has gained depth by more variation and more layers. The album closer ‘The World Is A Dying Insect’, (a favourite here) is a perfect example of this.

This doesn’t mean that the knock-out tunes aren’t present. ‘The Black Sheep’, takes you back to the adrenaline pushing, ferocious body-slamming riffs and the angered vocals of Maurizio Iacono. The lyrics of ‘Marching Through Graveyards,’ are great shout-alongs, on the same level as ‘Like Angels Weeping (The Dark)’. You also have ‘Soul Destroyer,’ a song that (figuratively) pushes people into a mosh pith with its sheer force (even though it is slightly repetitious).

It can be said that Of Ghosts and Gods falls in line with the material that Kataklysm presented on earlier records. It is relentless at times – just we way we like it when it comes to this band – but the band also shows some new sides: there is space for subtle dynamics in the music. All in all, Of Ghosts and Gods is surely a pleaser for fans of this death metal powerhouse.