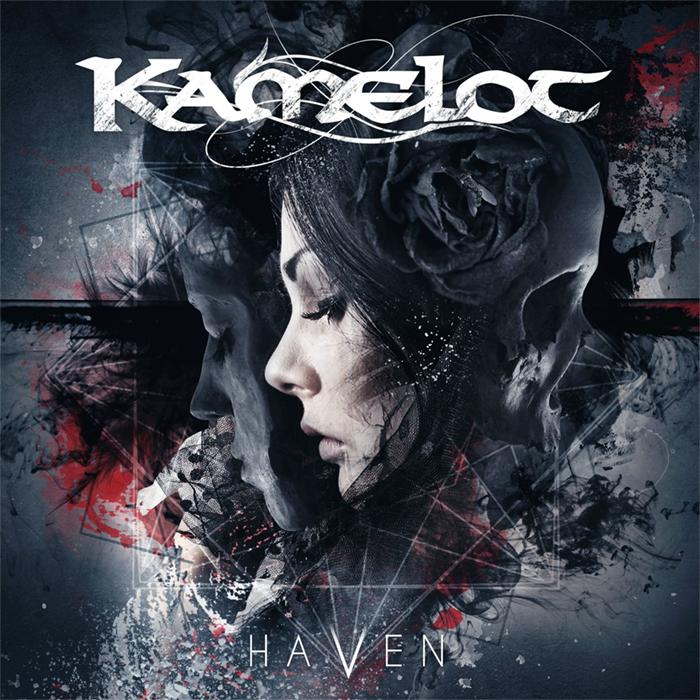 By Michael
It is not that often that I come across a record that I can keep listening to over and over again. Kamelot’s latest installment, Haven, is one of those records. With a band like Kamelot, it’s hard not to mention the past. The band had some ups-and-downs, and seemed to be regaining their strength after the departure of Roy Khan. Not to say that Silverthorn was a bad album, but there were still some improvements to be made.

With Haven, Kamelot delivers a diverse album with both new sounds as well as going back to the past. Right from the start, Haven has songs that get stuck in your head. The combination of catchy melodies as well as easy to remember choruses, makes you hum the tunes all day long. It seems as if Tommy has adjusted to his role as the main vocalist in Kamelot and is getting more confident (and more freedom) to express his vocal range. This brings an extra depth tot he album, also supported by the guest artists.

To start off with Charlotte Wessels (Delain), who’s voice mix perfectly with Tommy’s in the ballad “Under Grey Skies”. In my opinion this is one of the best Kamelot songs in the “slower” category. Not to forget the work of Nightwish’s Troy Donockley and his Uillean pipes on that song.

The next guest artist is Alissa White-Gluz, who you might know from The Agonist or Arch Enemy. Or maybe even from previous Kamelot albums. This time she does not only growl on the album, but Thomas Youngblood also wanted to let the world listen to het clean vocals. Thus is the result on “Liar Liar (Wasteland Monarchy)”, which hints back to songs like “March of Mephisto” and is one of the best songs on Haven.

After another ballad, which to me is pretty good, but not as good as “Under Grey Skies”, the album finishes with 2 fast and heavy tracks, “Revolution” and the title track “Haven”. Revolution makes me think of the days of The Black Halo, which is a good thing.

All-in all, as I started this review off with, Kamelot created a new album which is easy to listen to and brings out the potential of Tommy Karevik. The guest artists are a true addition to the album and Haven has a lot of layers to delve yourself into while listening. I’m sure everyone can find their own personal haven in this album.