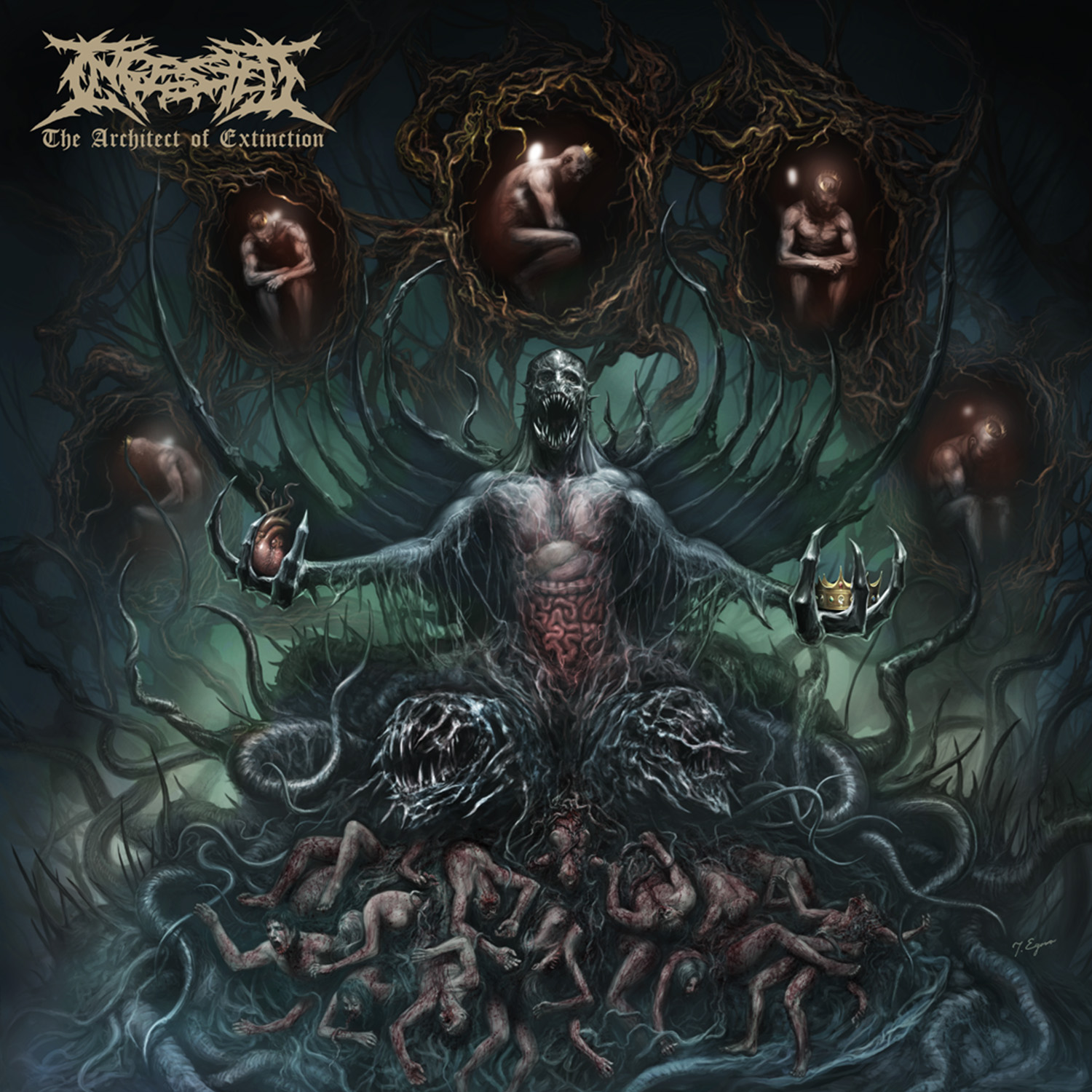 By Wouter
Ingested is a brutal death metal band from the United Kingdom, formed in 2004 in Manchester under the name Age of Suffering. They changed the name to Ingested in 2006 and they’ve released two full-lengths and an EP so far as Ingested. Their style is not straightforward brutal death metal though. It overlaps with slam death metal in the form of breakdowns.

Even though The Architect of Extinction starts with slams right away, the overall feeling of the album leans more towards brutal death metal. The songs are filled with blast beats and the double bass is even more common. The vocals are grunted and screamed in a comprehensible way and very often altered between both techniques. The album has a modern sound because of these types of vocals also because of the polished sound of the instruments. The guitars doesn’t have this raw and filthy feeling at all for instance. This album even has a very melodic instrumental song called “Penance”.

The Architect of Extinction is a decent modern brutal death metal album. It’s polished and brutal with heavy break downs and it has comprehensible grunts and screams. The riffs are challenging and the song structures are complex. Recommended for fans of Abysmal Torment especially because of the vocals and the low amount of semi-slams.