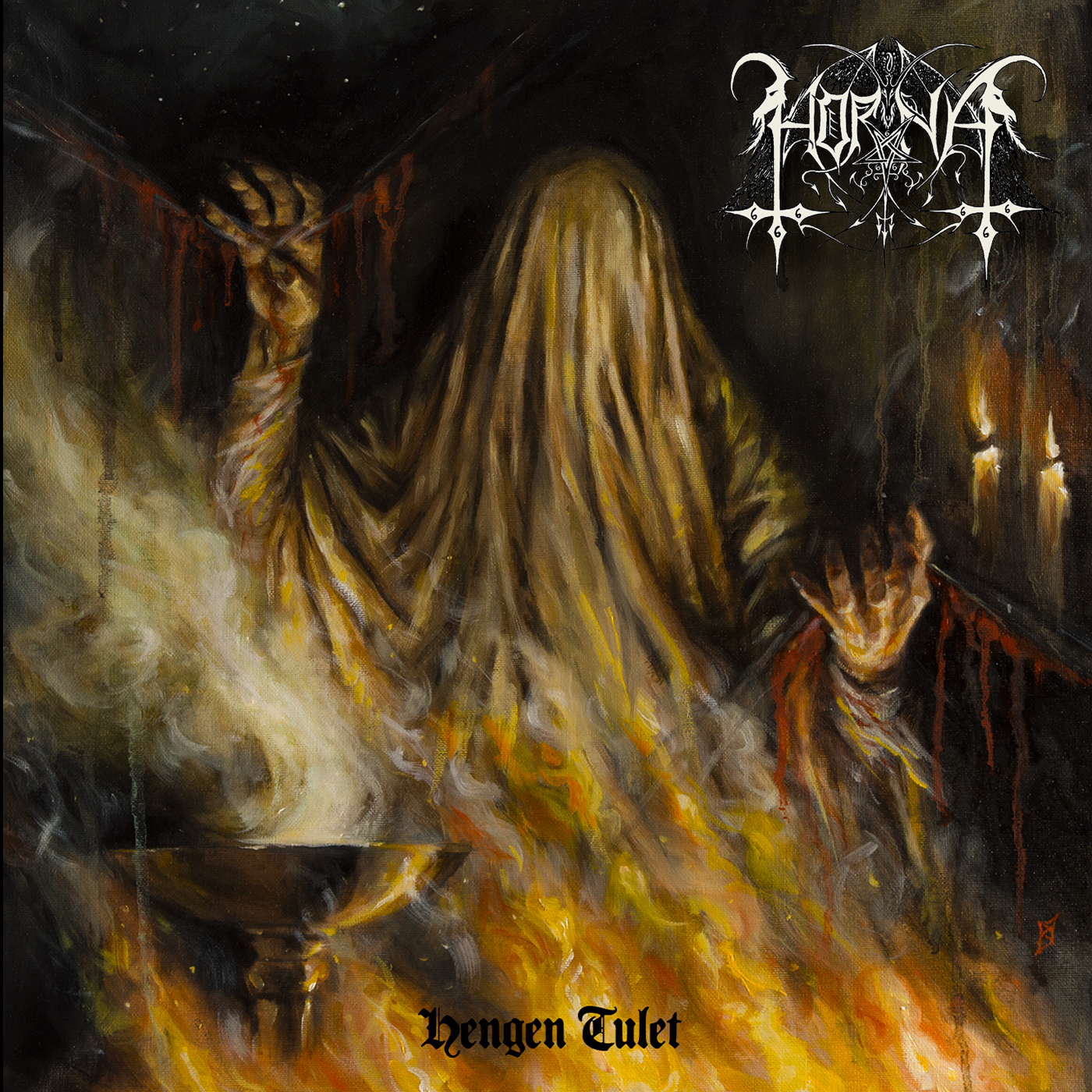 By Thomas
Horna are back from the abyss, and have unleashed another piece of grim black metal with their newest album Hengen Tulet. Since their foundation 20 years ago, the band around mastermind Shatraug have captured the essence of the early nineties Scandinavian black metal throughout their extensive discography. Let’s see what chapter Hengen Tulet adds to this.

At its core, this album bears all the trademarks of the typical Horna sound, which is raw and aggressive, but at the same time also atmospheric. While this overall description still fits to most of the songs on this release, this album bears some unique features which make it stand out from their previous output.

The majority of songs on this album have a fast pace, the songwriting is simple, but effective. There is a good mix between fast and mid-tempo sections in each song, just enough variation to keep things interesting. The simplicity of the material also helps to keep the listener immersed and to absorb the grim desperation this album radiates.

The guitar lines are fairly melodic for Horna standards, and help to create a melancholic and sometimes even epic atmosphere. The rasping vocals by Spellgoth add to this experience. Just like his vocals, the whole album seems to just hold back a little with aggression lurking to be released anytime. The production of this album supports this experience, as it fairly polished and less ugly (for Horna standards) than of e.g. their previous album Askel Lähempänä Saatanaa.

While Hengen Tulet is probably better evaluated in its entirety due to its overall atmosphere and composition, I will mention a few individual songs that stand out from the rest of the material. The majority of songs are a blend of fast and mid-tempo sections, with the exception of two pieces near the end of the album: Sodan Roihu is a fairly melodic, mid-tempo track of almost Black’n’Roll, whereas Hurmos brings the album almost to a grinding halt, a slow and meandering piece with even some groovy riffs. Those two songs fit into the overall picture of this album as one of the more atmospheric and melodic albums Horna have released so far.

In summary, Hengen Tulet is another fine piece of grim Finnish Black Metal. Horna stay true to the old-school black metal sound, while providing enough variation to make this album distinguishable from its predecessors.