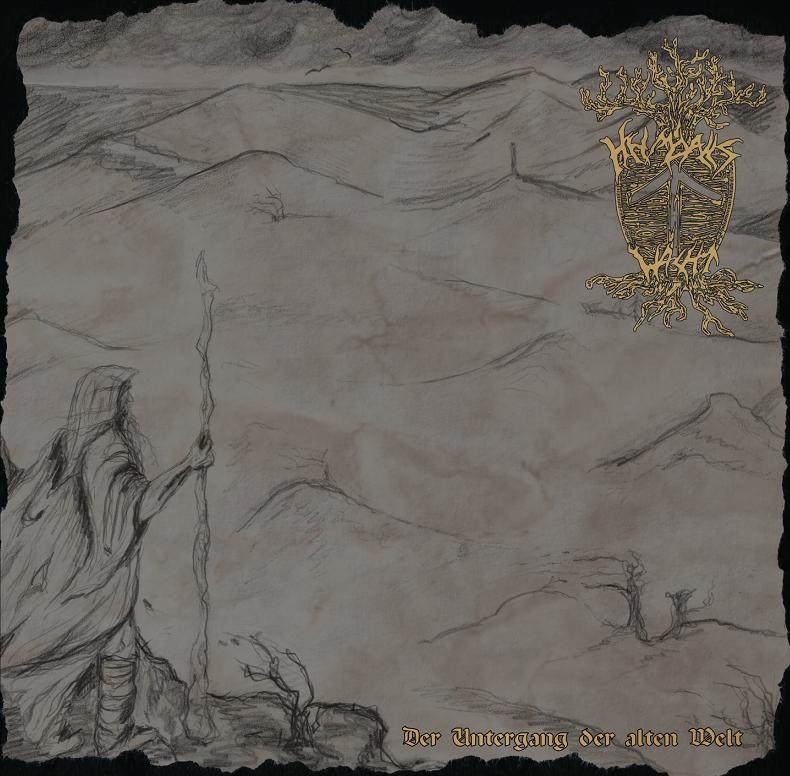 By Omer
Heimdalls Wacht, hailing from Germany, is a name well known for its’ years of uncompromising anti-christian and heathen tunes and even though some wrong semi-political controversy followed the band from time to time, Heimdalls Wacht remain a strong name in the German branch of oldschool-sounding Black Metal. Der Untergang der Alten Welt is actually an older album by these guys, from 2006, but it has been recently re-released by Heidens Hart Records, making the band gain new fans and making it possible for older fans to purchase the once sought after album. Yeah, 2006 is “old”, apparently. Do you feel old yet?

I had the album back when it came out, and even though there are no major differences (besides the logo color on the front), it’s nice to go back to it while bearing in mind where the band has been and where the band is now. The album opens with “Die Tränen des alten Wächters”, which provides a solid musical border that would dictate the style through the whole length of the album. It’s cold as Yule in ancient times, and it’s uncompromising like an enemy’s blade on the battlefield.

Musically-wise, I’ll start from the end – it is not anything you haven’t heard before if you ever paid attention to any post-2000 Black Metal band, but unlike most of the releases which were utter scheiße (what, we’re in Germany now!), this was actually a good one, combining brief melodies in midst of harsh tunes and massive shrieks, which in turn helps build the songs’ peak.

The path continues with songs such as “Des Nordens Stern” that shows excellent transitions between the fast-paced treats Heimdalls Wacht are known for, and slower, more melodic bits, which are no less atmospheric, while using acoustic instruments to mold it, and even some clean singing to top it all. “Der Letze Marsch” and “Weltenbrand” shows the German groups ability to put different melodic parts and sounds into the mixture, without it sounding too stilted and thus not forcing it on the listener, while still keep a good level of interest.

As a Lord Of The Rings freak, I also rediscovered the gesture the band executed with the sixth track, named after the infamous White Hand of Saruman’s army, which are the bad guys who fights and slaughters their way through the story, if you didn’t know and for a band that also had their share of unjustified controversies over the years, it damn fits here.

The main con of the album in my opinion is the time it came out in, which was a period of about a billion releases, which most weren’t good and even though it’s a solid one, by the time one gets to the last couple of songs, it can definitely feel a bit dragged, especially because it didn’t bring any new innovation with it. It is, however, a very solid album within its’ own limits, like I mentioned earlier and so, if you never heard it before, you should do it now, with the re-release.