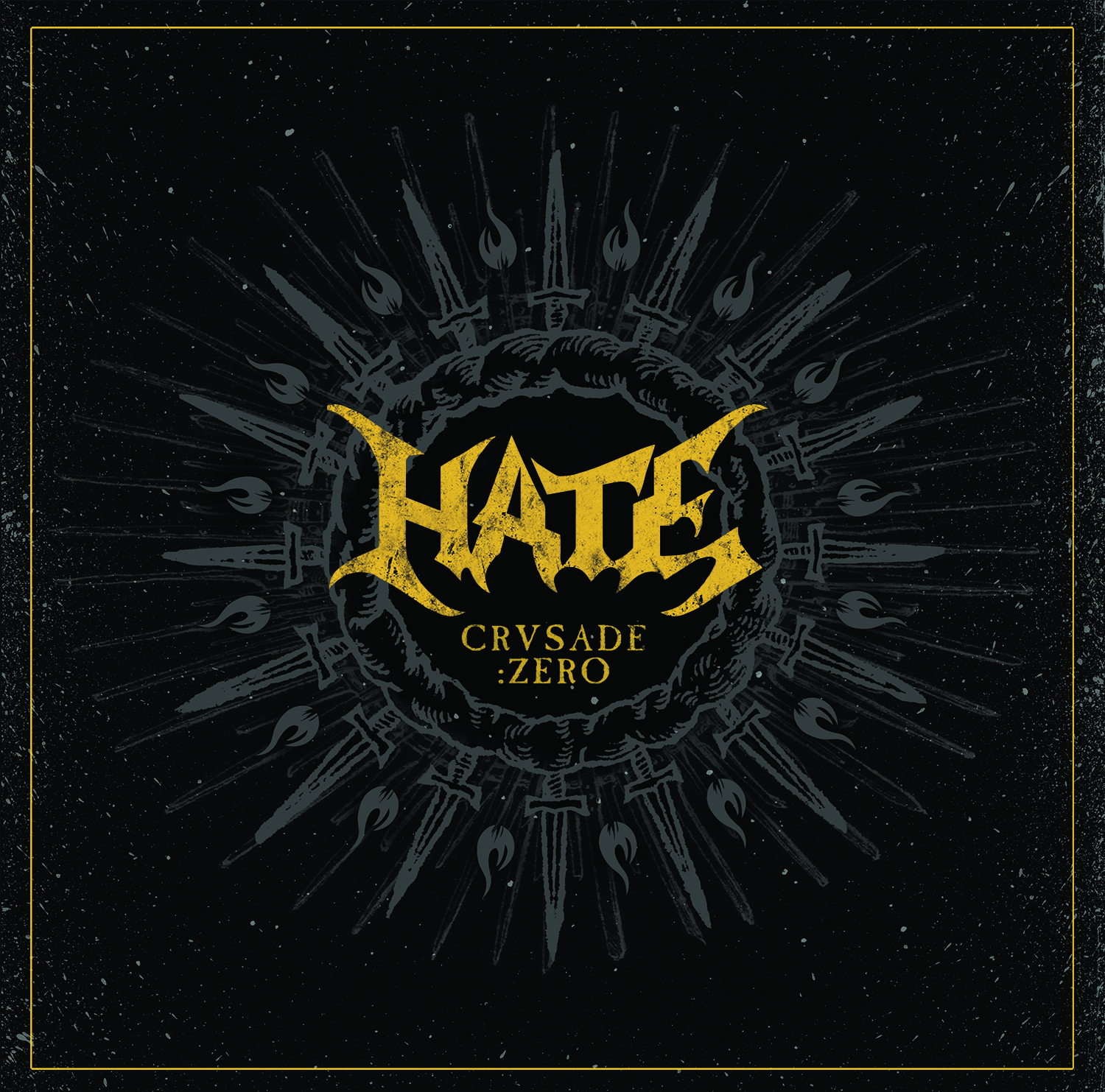 By Ingrid
Barely two years after its predecessor, Polish metallers Hate is releasing their ninth full length, and second album with current record label Napalm Records: Crusade:Zero. A lot happened in the Hate camp in those past two years. Shortly after the release of Solarflesh in the beginning of 2013, long time bass player Mortifer died during a tour with Hypocrisy in spring. For a while it was doubtful if Hate would continue as a band after the loss of Mortifer, but I was happy to hear that they wouldn’t quit. Not long after the announcement I saw them play live and the band seemed to be stronger than ever. Now they’re back to proof this with Crusade:Zero.

From the start on, Hate drags us into their so called blackened death world. When the first full song ‘Death Liberato,’ starts, after the remarkable two different intros, all hell breaks loose. Bombastic sounds, exploding riffs, they all come to you at once. When the already released song Leviathan comes by, I can’t help it for getting a little bit of a Behemoth feeling. But it wouldn’t be fair to call this a Behemoth influence. Even though Behemoth became a little more famous, both bands were formed around the same time, and this blackened death sound is simply what marks Polish bands like Vader, Vesania and the former too and gives them their unique style.

Together with title song ‘Crusade Zero’, ‘Leviathan,’ really marks this album and this unique sound. Raw, and evil vocals, brutal riffs and especially worth mentioning: the tight and fast drumming by drummer Pavulon. With a small interruption every now and then, Crusade Zero almost seems to be all blast beats from the beginning until the end. If you really like this sound, you will love this album, especially a song like Dawn Of War, where the blast beats just don’t seem to end.

In the end, Crusade Zero is a very strong ‘in your face’ album, what you see is what you get. No bullshit, but straightforward metal. With this, Hate continue the road they took about ten years ago. The album is tight, the vocals sound evil, and all the blast beats give this album a nice, aggressive sound; your typical Hate album, as you like it.