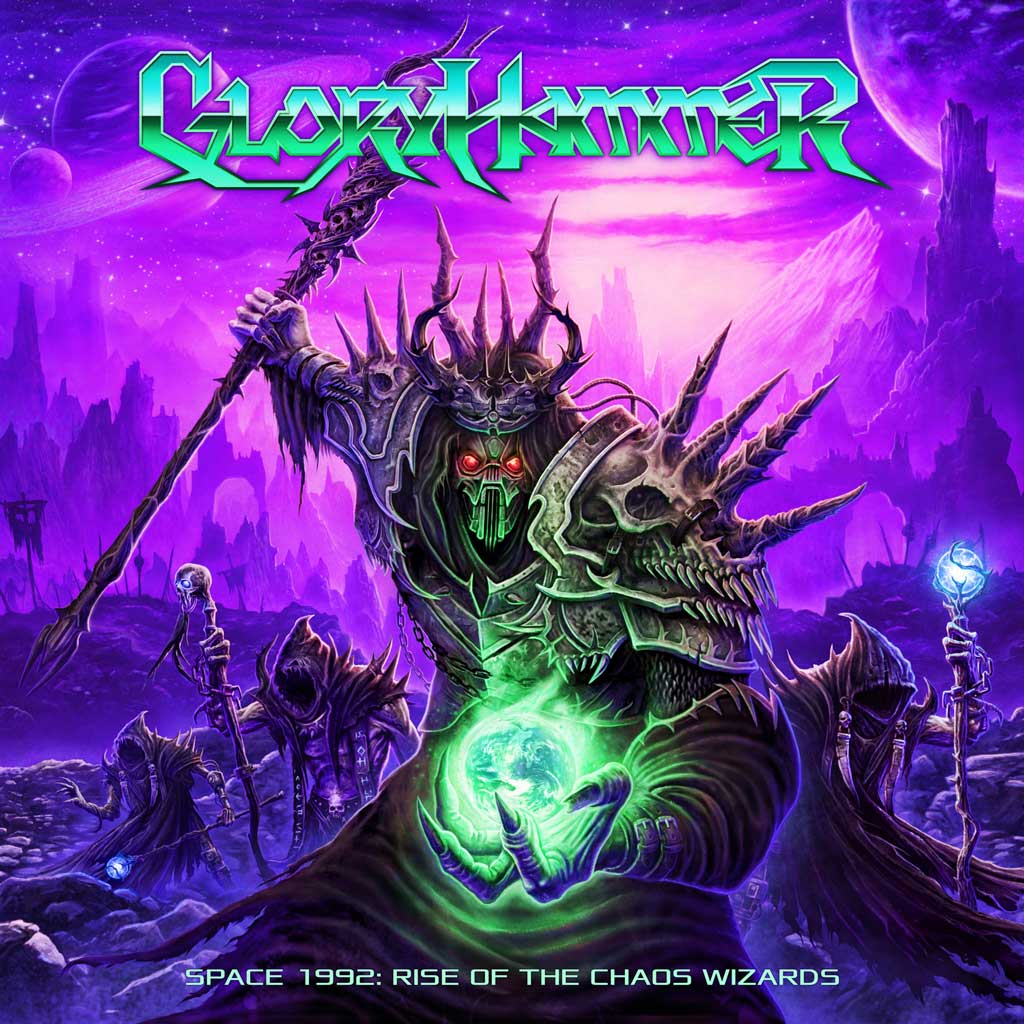 In 2013, Christopher Bowes surprised us with his new project : Gloryhammer. In their first album “Tales from the Kingdom of Fife”, we could follow the adventures of Angus McFife and his quest agains goblins and whatnot.

Now, two years later, Gloryhammer is back! For those who don’t know the band, Gloryhammer is a story driven epic power metal band. If you don’t like Power Metal, you can still like the band because of their over the top stage performance and somewhat mocking way towards the genre. Apart from that, the band knows how to deliver one hell of a power metal album.

On the previous album, lead singer Thomas Winkler already proved he has an amazing voice. Gloryhammer seems inspired by bands like Rhapsody, but I have also heard Thomas sing Iron Maiden songs without any problems.

Space 1992: Rise of the Chaos Wizards is a rollercoaster ride which doesn’t let you go. Within no time you’ll be singing along with the catchy tunes. It’s hard to figure out the story in the beginning, since there is just so much going on. You just don’t know what to focus on. The guitar riffs are good, great keys and ofcourse Thomas’ voice is amazing.

Semi-dance track “Universe on Fire” would be great to get a party started. The synths in this track brings back memories from music in the nineties. Apart from that, all tracks are just fun to listen to. It’s not the best power metal around, but the lyrics are fun and the tunes are easy to listen to.

With Space 1992: Rise of the Chaos Wizards, Gloryhammer packs a punch and delivers a great power metal album. The lyrics are funny, yet catchy and the riffs and musically it is all very well put together. As always, these songs will be amazing on stage!