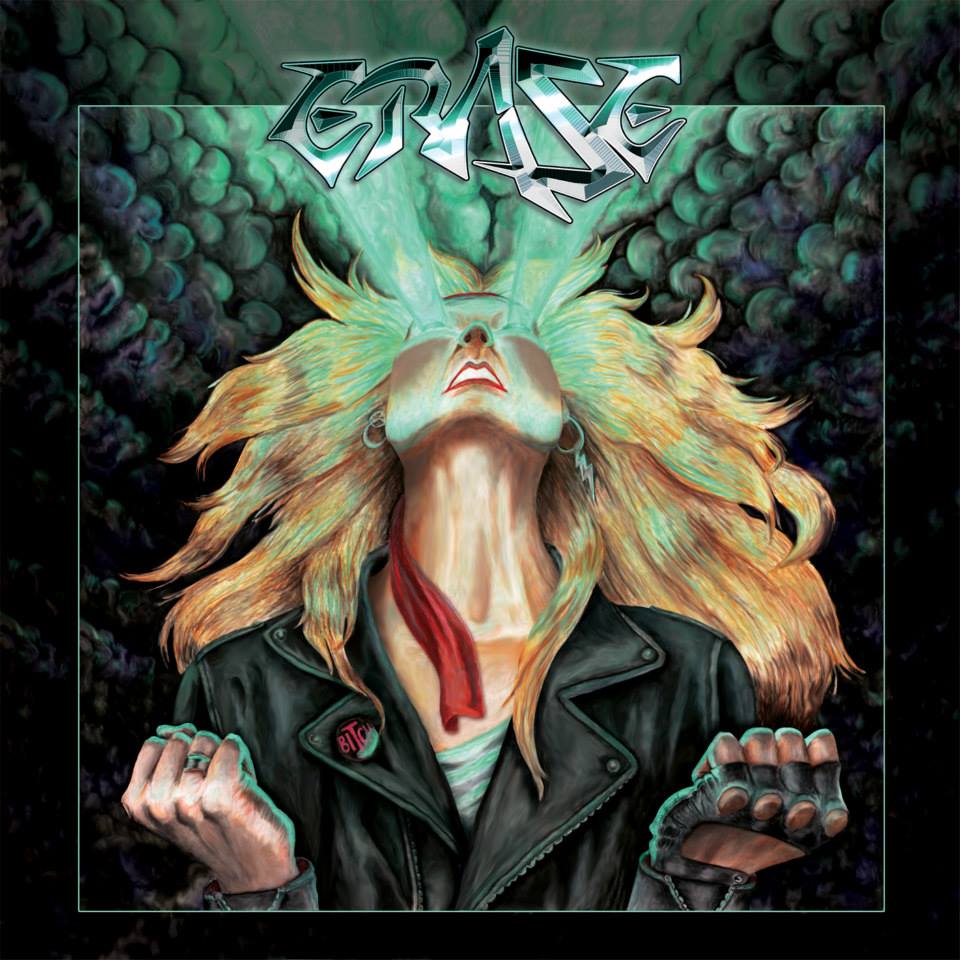 Formidable acts like Rotting Christ, Septicflesh and Suicidal Angels have already proven that Greece is a fertile place for extreme metal bands. Now, the music of heavy metal formation Erase does not sound anything like the work of these titans. Yet with its debut EP (2014) the five piece proves that heavy metal is nevertheless a force to be reckoned with in their home country.

The first thing you notice when opener ‘T.V. Nation,’ seeps through the speakers is the energetic atmosphere. The straightforward rock riffs, the upbeat tempo, melodic leads and solo’s ooze a positive energy. The vocals of George ”Inner Voice” Stavropoulos have a trademark heavy metal raw character.

Halfway through the first song, one of this bands strongest traits starts to shine through. Erase is not afraid to abandon their previous set song structure and turn the song around, yet in a smooth way. The drums and a groovy bass lead herald change and the band starts an even more upbeat section with anthem-like vocals and more solo-based guitar leads and synths. One thing that should be noted about this EP however, is that the production sounds somewhat thin. With a fuller sound, these songs would hit the jackpot.

On the third track on the EP, ‘Damnation Alley,’ the listener is suddenly treated with a defiant female voice, whose vocals suit the heavy verses perfectly. It’s a shame that these vocal lines aren’t present on the rest of the EP. The chorus is very catchy and in a live setting, it would certainly create a moment for singing along. ‘The End Of The Time,’ turns out to be something of a power ballad with a very vigorous ending. What would suit this track more are stronger vocals, which sound a little frail. The EP ends with ‘We Are The Winners,’ a song that is nothing short of a heavy metal anthem.

All in all, the debut EP of Erase is something that heavy metal fans would not be disappointed with. If the band’s tops it up a notch and develops their first full-length with a similar sound, it should be a debut to look forward to.