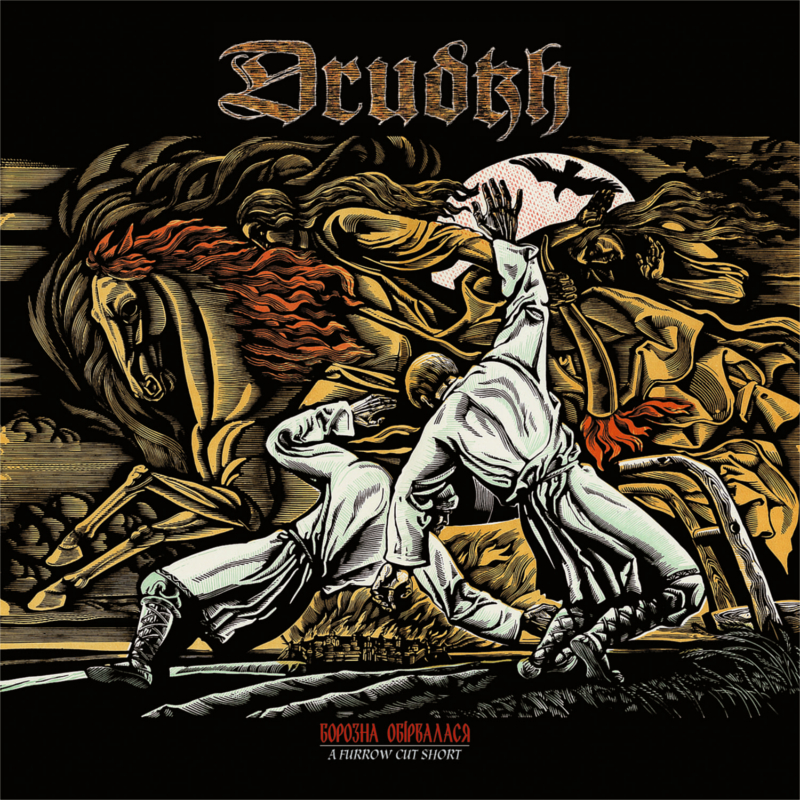 Drudkh have always been an odd phenomenon in the extreme metal scene. The band, hailing from Ukraine, have always played a (very) well-executed blend of Black Metal with some of the best folk music moments in the genre. They never sought to be liked by the grand masses and so, kept their music true and genuine, with brilliant releases from early 2003 to this day. Each album has been special in another kind of way, and concentrated on another aspect of Drudkh’s music, whether it being the aggressive side or the more subtle, folkish side.

As a matter of fact and personally speaking, I can’t really think of an album that I can say I actually dislike, so needless to say, I’ve been quite excited when the new Drudkh release landed on my desk. Straight off the beginning, the dominant guitars and fast paced yet monotonous (at first) drumming, stirred with Thurios’ Primordial-sounding vocals, gives the exact same feeling as previous albums did – a soundscape that manages to throw the listener to the ancient world Drudkh creates.

“Cursed Sons II” is another well-built song, whereas the wall of sound and fierce double-bass is extra thick, yet the shallow keyboard sounds that stay in the margins manages to pierce through that, thus creating the same atmospheric effect Drudkh are so well known for.

From one hand, the album is aggressive and relentless and one will surely find himself swinging his neck, but from the other hand it’s best described as an album that needs to sink in as much as possible. With every additional listen, there’s another small detail that’s discovered and it’s hard to point out a specific moment that would catch a listener’s ear, like in other bands/albums. On the contrary, it’s the collection of lengthy moments and grouped riffs that makes Drudkh what they are, and it has always been this way.

As the album progresses, the complexity stays more or less the same, as “Embers” is a nice, heavy break from previous aggressions, while “Dishonour I” is exactly the opposite – violent and fast, with skin-cutting passages that would leave you craving for more.

Drudkh aren’t offering anything that’s totally new, for those who know them, but as I said, every Drudkh album is pretty much a different one and supplies a different take on the music. I can blab on and on about Drudkh’s music, but it will never be enough as this is one of the best releases 2015 has to offer. Go grab it, seriously.