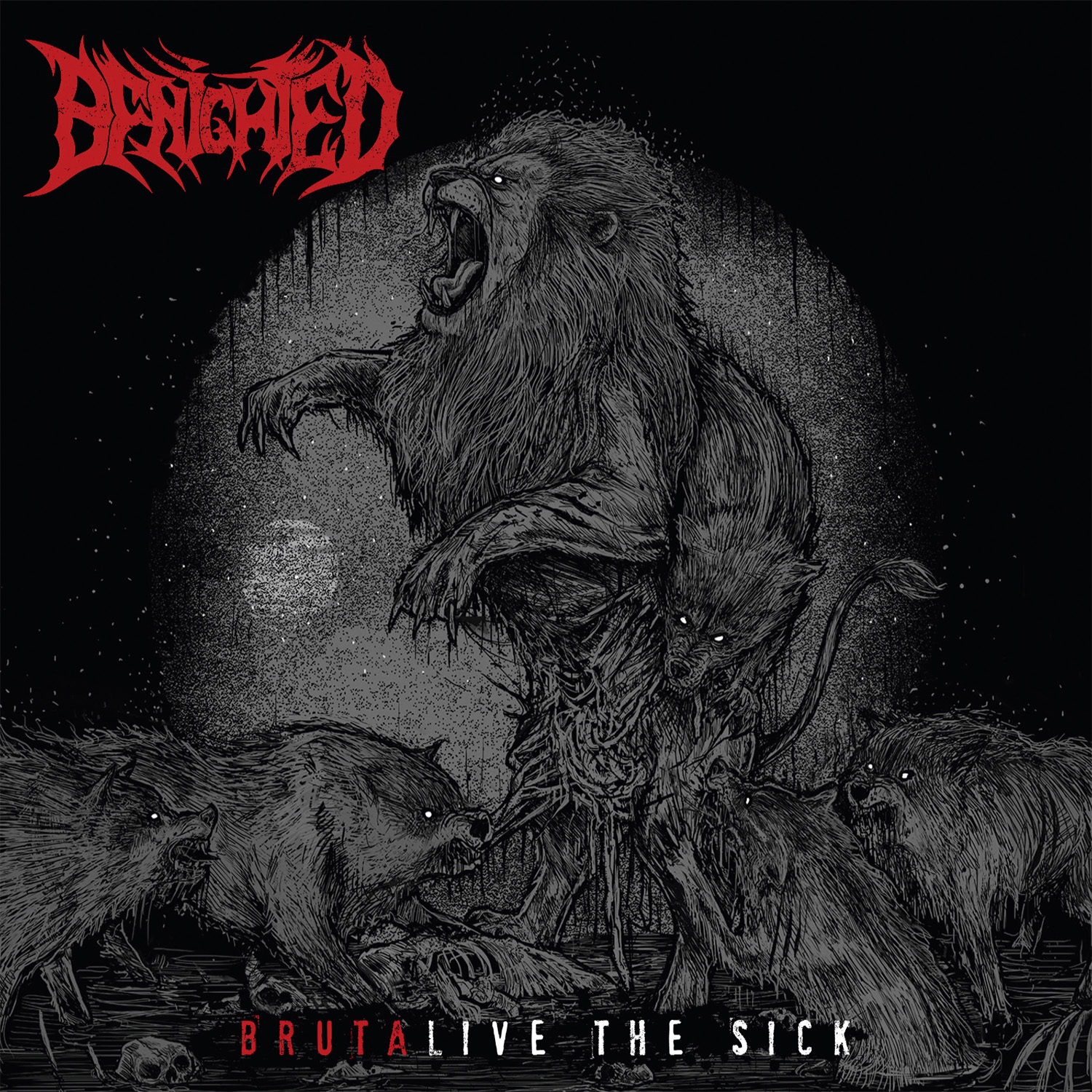 By Wouter
French deathgrinders Benighted celebrate their 15 years in existence with their first live album. It is available as a digipak including a DVD recorded at French Sylak Open Air on the 9th of August 2014. The thirteen songs they played live there represent their latest four albums and give you a good taste of their furious live shows.

Benighted is known for their tight shows and they confirm it with this recording at French Sylak Open Air. They sound incredibly energetic during their whole show and the songs follow each other up in a fast pace. The vocalist furiously introduces the next song and the enormous amount of blastbeats and breakdowns keep on coming. The sound quality of this spectacle is very good. Even interactions with the audience between the songs are clear. You can hear them go nuts and finish the sentence “Let the Blood Spill” with “Between My Broken Teeth” for example. Too bad most of us can’t understand french to understand some of the introductions.

Brutalive the Sick is an incredible live album. You can really feel the energy of their live shows and because of the interactions with the audience and the aggressive introductions, it adds something to the songs compared to the normal cd versions. “Let the Blood Spill Between My Broken Teeth” from this album for instance is just awesome! Plus the thirteen songs are a great selection of their songs.