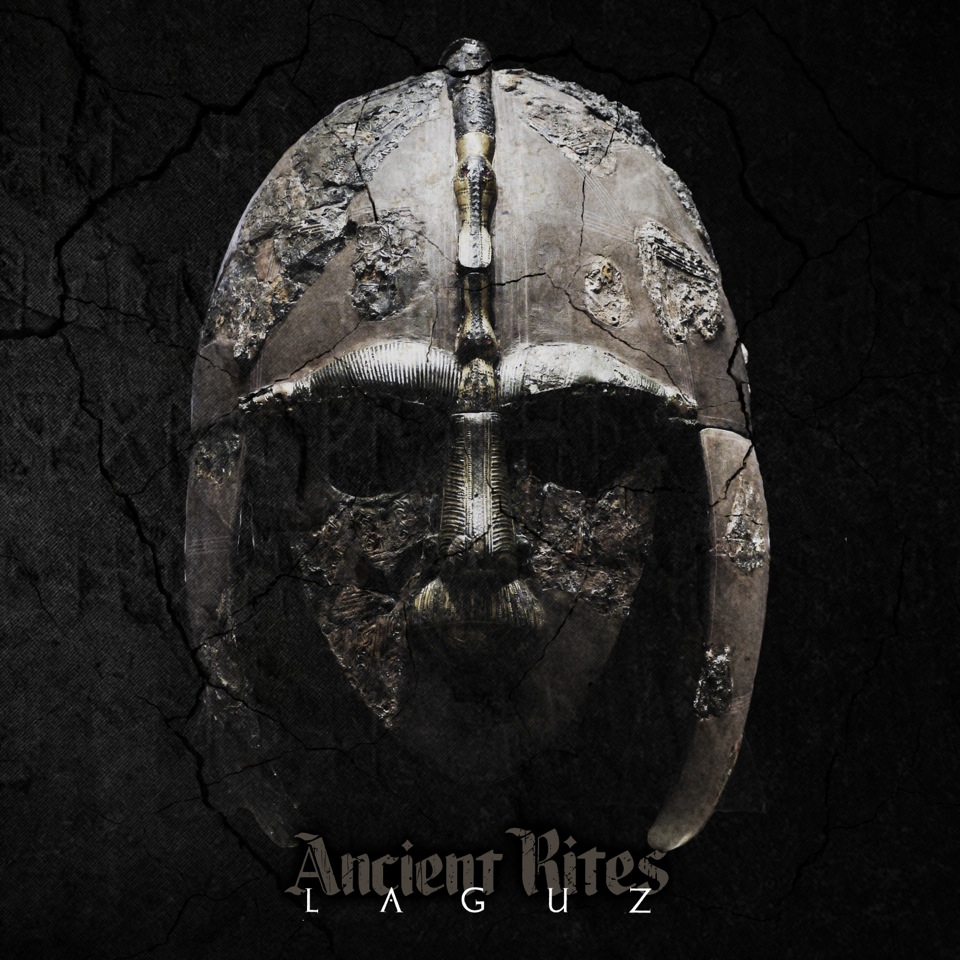 By: Omer
Belgium has put out some great names in the universal metal scene for several decades now (and one extraordinary webzine, ehm ehm…), and I don’t think anyone that has some connection to the extreme metal world, wouldn’t know Ancient Rites.

They’ve been around since the late 80s, and while beginning as a pretty normal-sounding Black Metal band, at a certain point they transformed themselves into a mean Pagan/Folk (yet no less extreme) war machine, with releases such as Fatherland, Dim Carcosa and 2006’s effort, Rubicon.

These were all great, and most of them followed a strict line of historical tale while incorporating more and more of the same folk instruments and influences, and the fans (and yours truly) loved it, since it added a much more atmospheric feel to the music.

Laguz is the band’s new release and it isn’t strikingly surprising that the front cover is an Anglo-Saxon helmet (the one found at Sutton Hoo, to be exact), since the band will choose to deal with ancient times, once more.
Ancient Rites love their epic intros and openings, and so “Golden Parth To Samarkand” is a very powerful yet subtle intro, combining bells, low drums sound and an overall Eastern influenced beat.

Everything is in place, to get the listener ready for “Carthago Delenda Est” that kicks off with an angry riff that could easily be situated in one of the band’s latest releases. A short while passes by before Gunther and his massive, deep vocals enter the scene, accompanied by fast drum work. The band’s past and long lasting career serves them well, as seen in the works of songs such as “Under The Sign Of Laguz” that relies heavily on the keyboard, which is an element that a lot of bands fall into, when trying to achieve that certain atmosphere.

I’m a history nerd, and when a band such as Ancient Rites, who deal with one of my favorite eras in history, release a new album, I know exactly what I’ll receive. The whole course of music and lyrics here is derived towards one purpose – setting an unparalleled mood using smart song builds and hard as iron lyrics, topped with an all-out battle fury and aggression.

The pack of Dutch are doing so successfully, as they have done in the past. Interest levels remain high, as melodies are not a rare find in the new album, as heard in songs such as “Apostata”, “Mind Unconquered”, “Von Gott Entfernt” and “Legio V” to name a few. The latter happens to incorporate some very nice peaks, as due (in my opinion) a military-themed song, especially if it’s one that deals with the well-known Roman Legion.

All in all, Ancient Rites deliver exactly what was expected of them to deliver. The atmospheric-like metal scene and historically driven niche is a hard one to get into, and only those who do it right and with a sufficient level of interest stay there. The veterans from The Netherlands are successful in doing exactly that. Pick up your Gladius, watch out for that Carthaginian war-elephant, and join the fight.