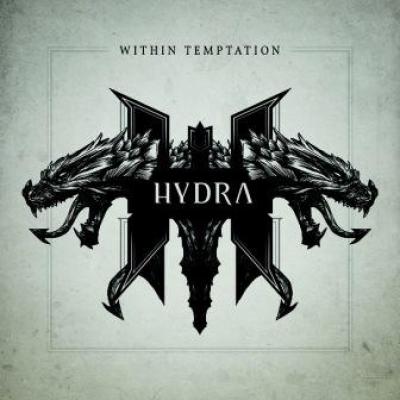 As the symbol for their upcoming full length release, Dutch female fronted metal pioneers Within Temptation chose the Greek mythological creature, the Hydra. This three headed monster symbolizes the music of this record, which according to the band members has many different sides. In comparison to the group’s previous effort, The Unforgiving, Hydra indeed stands for more diversity, more heaviness and yet the characteristic Within Temptation sound.

Opener Let Us Burn builds up tension with edgy guitar melodies and intriguing vocals of Sharon. In comparison to that, the chorus is a little predictable and safe. However, because of the alternation between these elements and the other pieces in this song, you keep paying attention to the music. The following three tracks (out of the four) are those with the guest vocalists. It would have been nicer to spread these out over the entire album, for variety’s sake.

Dangerous with ex-Killswith Engage vocalist Howard Jones and Paradise are examples of how such collaborations can work out perfectly. The combination of the sweet vocals of Sharon, the tough voice of Jones and strong riffs make this a powerful track. You’ve probably already heard Paradise, which clearly has roots in the symphonic, ‘gothic’ past of the bands of both metal diva’s. Getting these singers together was a great idea, their voices sound great together and it is a dream come true of fans of Tarja and Within Temptation.

I cannot be equally as enthusiastic about And We Run (feat. Xzibit). I like bands that experiment, in whatever direction. Even though this song also starts out very promising, the rap of Xzibit simply seems to be pasted over it and does not feel right in this song. In the end, it’s quite decent though, but mainly because of the music. A track that might surprise fans is Silver Moonlight. It starts sweet and soft, but turns into one of the fiercest songs on Hydra (including grunts!). Covered by Roses has some single potential, the tunes are very catchy and groovy which make the song accessible.

Dog Days is one of the songs that yours truly just cannot get into. This mainly has to do with the lyrics that are so simple, that they become annoying (1, 2, 3, 4.. What are you wainting for..). The last track, The Whole World is Watching features Dave Pirner, that you should know from Runaway Train. The song has a melancholic, country-like edge, combined with the raw vocals of Pirner. It sounds more like a sweet as honey pop song, then Within Temptation as you hardly hear the guitars and pounding drums.

Altogether, Hydra is an record with a lot of good, typical Within Temptation songs. There are some experiments scattered throughout the album (in my opinion not always successful, but you can hear for yourself). I see no problem for the fans to be able to enjoy this effort deeply. So go and get it!