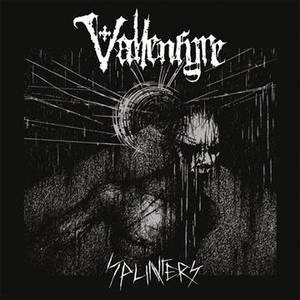 By: Omer
Greg Mackintosh, a known figure in the extreme Metal scene, had a personal, defining moment in 2010. His father was dying, a terrible event that could easily lead one to a pit of sorrow. Instead of sinking in endless grief, the feelings and thoughts were eventually channeled into doing what Greg does best – creating music, and it was only obvious that one of the founders of Paradise Lost would make it so damn heavy and so damn emotional. A Fragile King came out in 2011 and was one of the best releases that year, and now it’s the next in line’s turn to try and dethrone the previous king (see what I did there?), named Splinters.

“Scabs” opens up with the same scruffy vibe the debut had and pretty much picks up where the previous album left off. The musical core here would run through the whole album, a rough mixture between the old Paradise Lost and enough other oldschool Death Metal entities to create one of the heaviest sounds around. The first song is built up like a staircase, but instead of walking down at a permanent pace – you’re tumbling down, and with every minute, the track becomes faster until it reaches a point when it turns into one big Retro-Death Metal salad that sends your neck flying around in different directions.

The second track, “Bereft“, is quite the opposite, yet if one heard the previous album (or heard any other project Greg was involved in, as a matter of fact), he would soon recognize the pattern and sound. Slow, Doom-ish, and mainly heavy as hell. Hamish is doing some great work, and his riffs creates an atmosphere which is on the verge on melancholy and even though the song drags itself a little bit and passes the 7 minute mark, it’s still delivering the goods.

There’s one thing that I don’t like that much about the new release – It feels disorganized from time to time and, well, a little hasty. On some parts I wondered if the band released a good album, just for the sense of releasing a good album, or did they actually believe the new material could surpass the previous release.

A comparison between Scabs to the band’s debut album is pretty inevitable and indeed it picks up not far from where the previous release ended, only it sounds that more thought have been put in making sure the album’s tracks were “retro enough” with their tones, while neglecting some of the successful atmosphere-making we all heard on A Fragile King.

While mentioning the above, the album still stands firm on its own. Head-bashing tracks such as “Savages Arise” or the heavy yet groovy-like “The Wolves Of Sin” are on the podium for being some of the great tunes the band ever wrote.

Vallenfyre sounds like one big 90’s Death/Doom Metal salad, where Paradise Lost mixes around with Entombed, then meets Asphyx. It’s not bad at all (quite the opposite – it’s good), just nothing you haven’t heard before, probably.