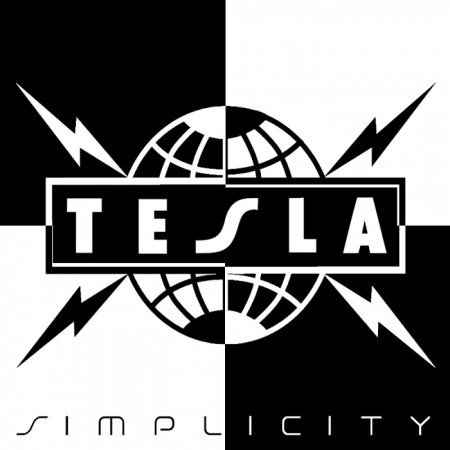 By DJ Insanity
Simplicity is the upcoming album from the iconic classic rock band Tesla. They were part of the classic rock craze in the 80’s with one of the most influential power ballads that defined a decade of music. “Love song” appeared on Tesla’s 1989 album “The Great Radio Controversy” and was one of the band’s super hits that catapulted the band into epic status. After nearly 30 years the band is still creating music and reminding fans what makes them stand out.

The album focuses heavily on the vocals from Tesla frontman Jeff Keith, who has been with the band since their inception in 1982. The raspy tone, and hook heavy songs, gave me a Buckcherry meets The Hives with a touch of old school Aerosmith vibe. Simplicity is upbeat, catchy and showcases the individuality of the band members, as well as the expertise in their respective instruments. The guitar riffs are simple, but never lose the core structure of the classic rock style that gained the band it’s larger than life status. Though the album is a different sound than what I was accustomed to in the late 80’s, I was pleased to see a couple of power ballads were placed on this effort.

“Burnout to Fade” is a well composed ballad that had me hooked from the beginning riff. The chord progression gave me a feeling of familiarity and warmth. The lyrics really touched me to me my core, reminding me of those that are lost but never forgotten. This song could be the next hit for the band duplicating the success of “Love Song”. Listeners should easily be able to relate to this song, and the lyrics leave the meaning open to interpretation. This track is my hands down favorite on this album.

“Ricochet” gave me a modern day rock feel similar to the style of Buckcherry. Jeff Keith’s unique tone reminds me of Josh Todd. This track is upbeat and will leave the women in the crowd dancing and partying like it’s 1985 without the need for big hair or jean jackets.

Simplicity is a solid album that doesn’t try too hard to conform to a certain sound or image. Personally, the album wasn’t satisfying enough to me as a listener. Going strong for three decades is no easy task, however the sound I fell in love with in the late 80’s is nearly an impossible feat for any artist. This album has songs for everyone, and no matter what mood you are in it will definitely provide the perfect soundtrack. Fans of modern and classic rock will appreciate this release. Loyal fans that have followed Tesla throughout their career will love Simplicity.