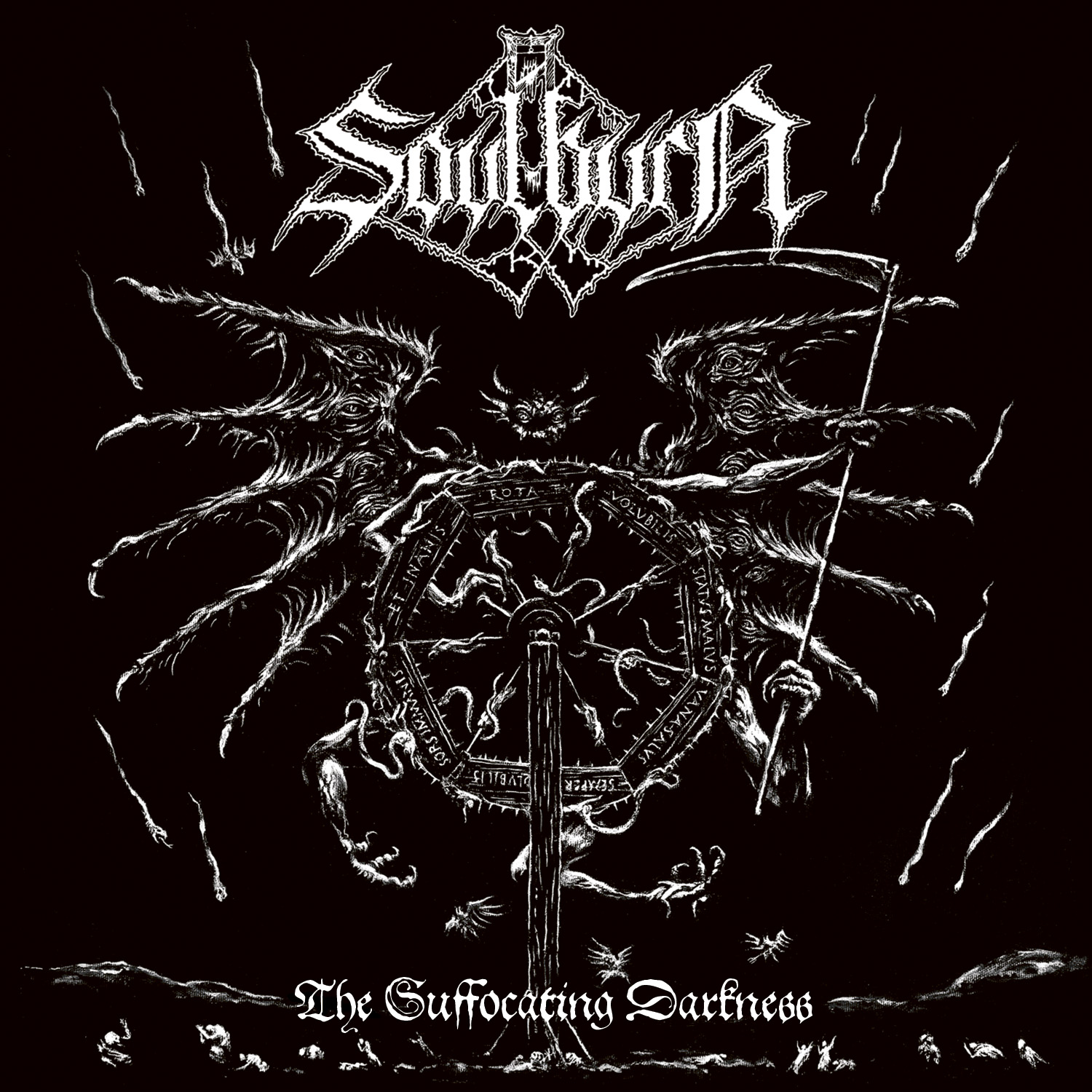 Soulburn are a veteran name in the Dutch scene.
They’ve been around since ’96 and had a nice debut album that came out two years later. Other than that, the band usually remained in the shadows, while most of the members are handling their original bands, like Asphyx. Sixteen years and countless other musical projects later (Grand Supreme Blood Court and Bunkur to name a couple), the band releases The Suffocating Darkness, their second full length.

I’ll start from the beginning. I guess that when you expect something that much, eventually you’ll be disappointed. The Suffocating Darkness is truly one of the most boring releases I’ve heard this year. That being said, I can now say that it does not imply the album itself isn’t good, whether it’s the brutal opener “Under The Rise Of A Red Moon” (that came after a minute and a half of an intro) that also keeps the hints of Doom influences from the band’s previous material, or the aggressive “The Mirror Void” that comes after and that would bombard your ears with fleshy riffs.

Something is missing here, and it’s either some amount of originality or general interest in the songs. Hell, I can’t really expect any Asphyx/G.S.B (whom I am a big fan of both, let’s be clear on that) members to do anything else BUT this kind of music and still, while listening to the new album over and over again, there’s a strong feel that I’m missing out on something here, but most of the songs aren’t quite interesting in almost any kind of way. Even later on, none of the songs got stuck in my head or made me gasp.

In the fashion of the above members’ band(s), Soulburn aren’t straying away too far from the same line of old-school sounding Dutch Death Metal, while granting it their own dark atmosphere and sticking it with razor sharp rasps from the throat of Twan Van Geel (who’s on guitar in Legion Of The Damned) but it isn’t enough. I do hope that the future holds a little more for a band such as Soulburn, who came back after so many years.

To be fair, I think that The Suffocating Darkness is a great album for someone who can’t get enough of the same sound or to those who are fairly new to this kind of extreme music. Otherwise, if you’re already used to listening to other names from the Dutch scene, you can skip this one as you’ve already heard the same stuff in numerous other bands.

Rating: 6.5/10
Tracklist:
1. Apotheosis Infernali (Intro)
2. Under The Rise Of A Red Moon
3. The Mirror Void
4. In Suffocating Darkness
5. Absinthesis
6. Hymn Of The Forsaken II
7. Black Aura
8. I Do Not Bleed From Your Crown Of Thorns
9. Wielding Death
10. Claws Of Tribulation
11. Eden’s Last Sign (Outro)