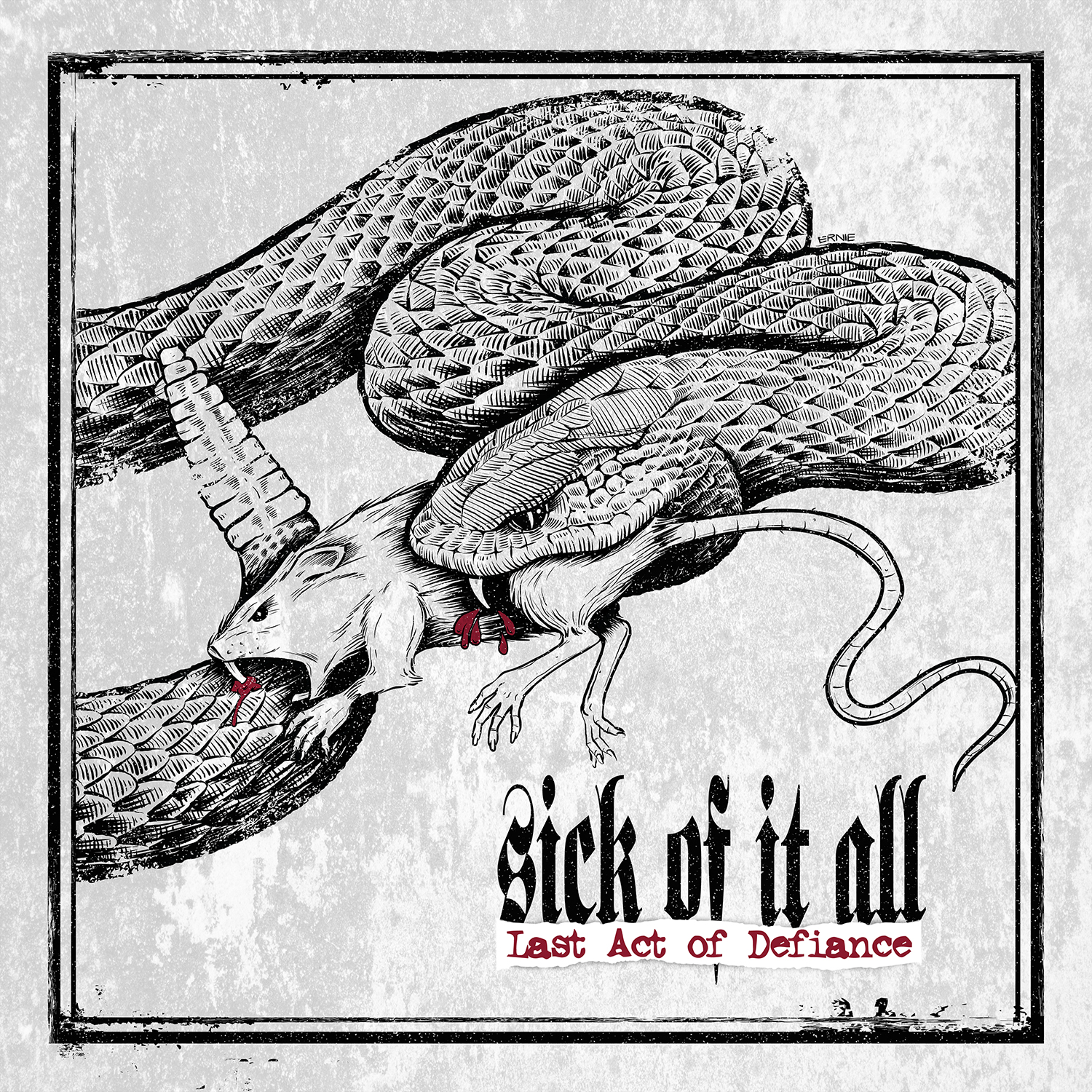 By: Wouter
Living New York Hardcore legends releases their 10th full-length. Now almost 30 years in existence, and there still is enough frustration to shout about. They’ve been there in the beginning of the NYHC movement and were one of the bigger bands at the time. They had no idea they’d be here today continuing to release angry hardcore punk, but here they are!

The album kicks off and you can feel the anger right away. The vocals are aggressive and violent, done by Lou Koller who is one of the founding members. The music is fast paced switched with powerful beatdown sections every now and then. These variations makes the album in it’s entirely still fresh after multiple spins. It’s even catchy with the shout-along footbal chants. My favorite songs are the short and fast opening song Sound the Alarm, the energetic Beltway Getaway and the shout-along outro song DNC.

Eventhough the glory days of NYHC are long gone, the genre still lives on. Sick of It All proves this with this new album, using thesame ingredients of the early days but still sounding fresh. The overall feeling of Last Act of Defiance is aggressive, fast and dynamic. The album counts 14 songs in just half an hour and each song makes you want to shout along with the band.