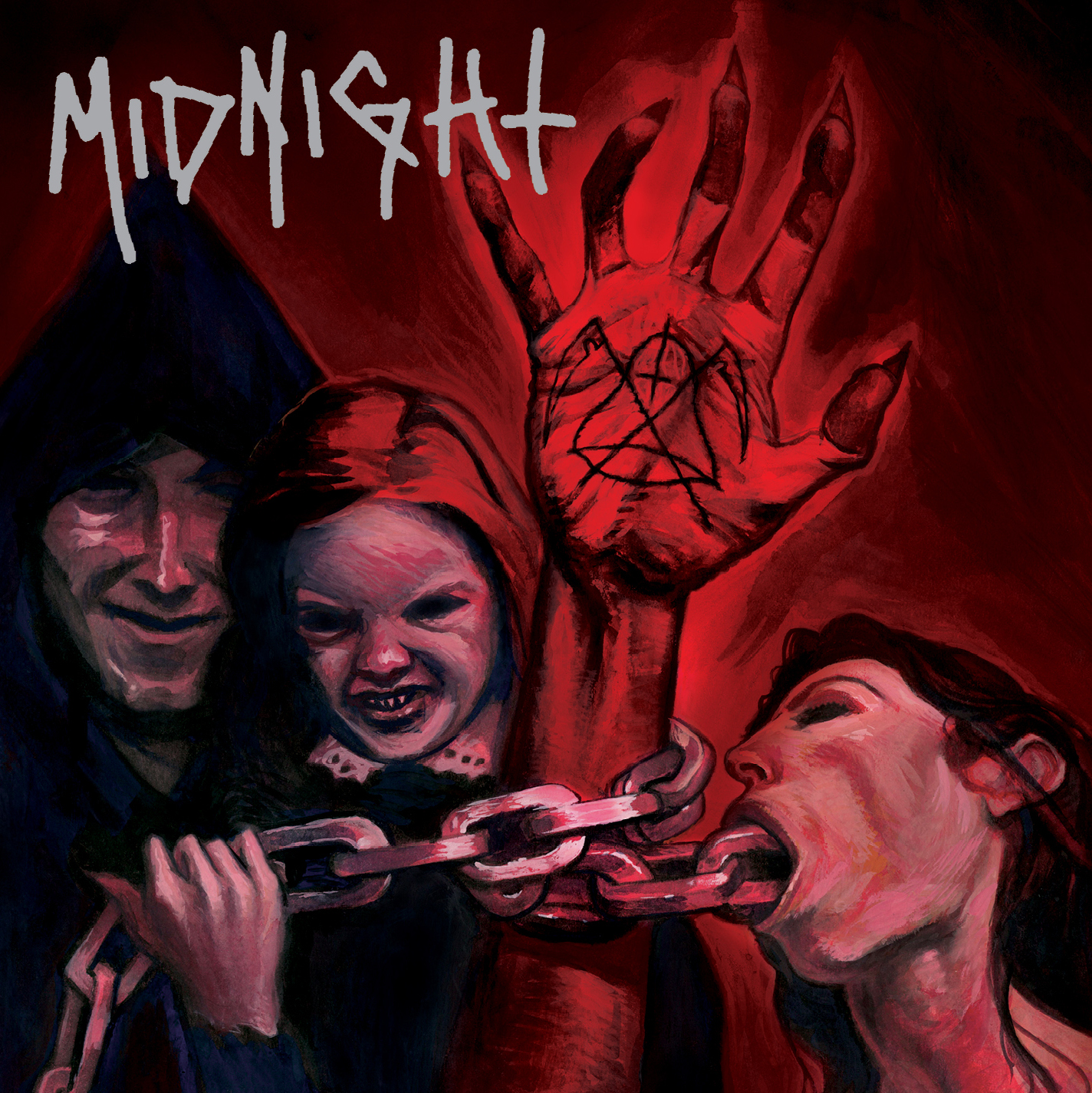 By: Omer
Black ‘n Roll is one of those smaller-niche sub genres, that a huge pile of bands are trying to play, yet only a few actually manages to do it right. Cleveland’s own Midnight are pretty much the best band out there, in their own little shelf, and have been since they emerged back in 2003 and blasted their way to the crowd with a load of EP’s, split albums and compilations, and more compilations, oh, and then some live recordings, and even more splits and EP’s!

Well, you get the idea. Their first actual debut album came only 8 years later, named Satanic Royalty (and it was a blast!) and now, with some released in between, these drunk bastards are releasing their second strike, named No Mercy For Mayhem.

The short guitar intro named “Penetratel Curse” comes off in a crawling manner, as it sets the right mood for “Evil Like A Knife” which would blast your speakers with its high pitched guitars and fast tempo. In between the Athernar’s hellish screams and SS’s (Ha!) aggressive-as-fuck drum beats, the riffs would give you so much pleasure you’d simply want more of those.

The band can also combine slower parts in their material, and “No Mercy For Mayhem” is a perfect example track for that. It’s catchy, yet cuts your skin like a rusted razor and the band’s ability to combine different musical approaches without losing their own dirty style in something they truly excel in and while there are no major musical differences between this album and the previous one – it does show progress, such as this.

“Try Suicide”, the 8th track, along with “Aggressive Crucifixion” are living proof that beneath all the filth, Midnight can also toss in some quality melodies that would make you shed a tear or two. Well, not really, but it would make you bang your head so damn hard your neck would ache.

All in all, Midnight’s new effort is nothing new to those who ever listened to these guys during the last decade. It’s filthy like a crack whore, aggressive like a drunk father that beats his children and filled hellish tunes that otherwise could only summon the devil. In other words, it is exactly what we would expect Midnight’s new album to sound like and we love it.