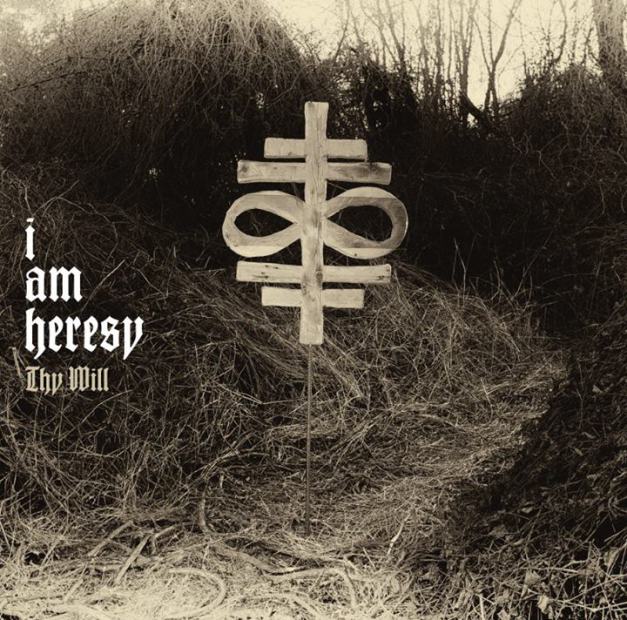 By DJ Insanity
Thy Will Is the debut release from the Delware/New Jersey based Metal/Punk band I Am Heresy.

The band is made up of former members of Boysetsfire, The Dead and Gone and Chambers. The band features a father, son duo Nathan Gray(Vocals) and Simon Gray(Guitar). This is inspiring in itself as two generations share their passion and collaborate to make a great sounding album. “Thy Will” is a diverse release. As I listened through the album I heard punk, hardcore, and even some metalcore influences. Fans of Boysetsfire will be pleased to hear some influences that are like a blast from the past.

Alongside Simon Gray, the band features two additional guitarists(Jay Sin, Gregg Kautz). Yes, you read that right , three guitarists. Hell Yeah! Each guitarist masterfully lays down a layer of metal goodness that is mixed seamlessly. “Thy Will” features face melting pure brutal metal songs that will have people in the car next to you thinking you are a mad man.

The opening track “Rahabh” is a super charged hardcore anthem that gets the blood pumping. It shows off the bands power and speed. It showcased how tight they are as a group.

A track that really caught my attention is “Our Father”. It features a great hook and riff that made me banging my head and throwing my horns in the air. This track is upbeat with a nice groove, and lots of low end.
“Thy Will II (Black Sun Omega)” was my personal favorite on the album. It reminded me of Boysetsfire but also reminded of another of my favorite bands It Dies Today. The vocals are spot on and I enjoy hearing pure tone mixed with the screams. The accompanying instruments add a needed element and this tune was one that I found myself playing over and over again.

This album was a treat to listen to. It features influences from many different genres, and mixed with how well the album flows it makes it an enjoyable listening experience. I highly recommend this album to any fan of the rock/metal genre. I commend the great album that I am Heresy has released. I can’t wait to see what they have planned next.