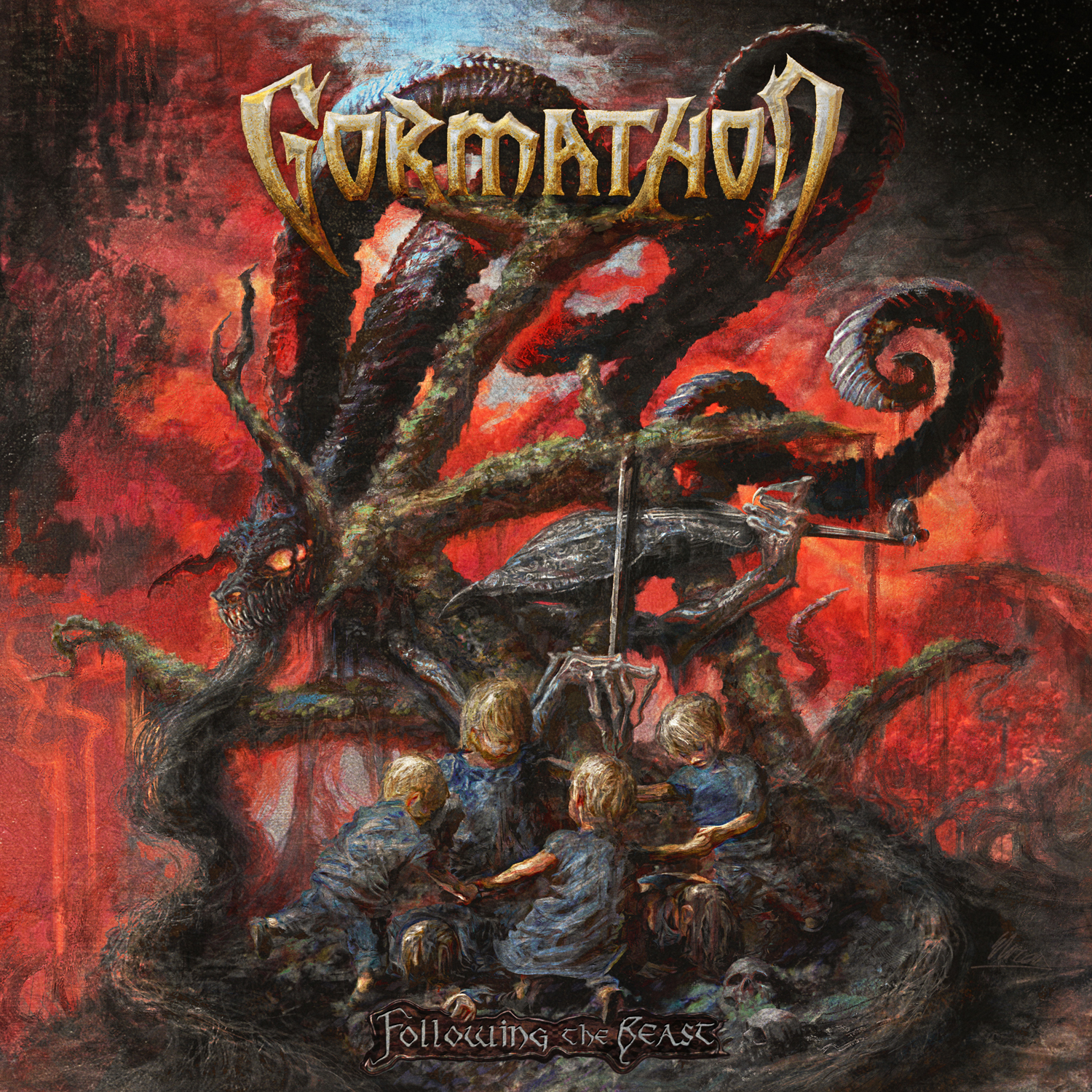 By: Wouter
Gormathon is a melodic death metal band from Sweden. Formed in 2009 and they just finished their second full-length. Their music sounds a bit different than the usual metal styles because of the members’ different backgrounds and influences according to guitarist Stefan Jonsson. This album proves what the metal scene is missing nowadays, he says.

It’s very noticeable the members have different influences. They combine all these styles into every song which makes it hard to give this music a tag. There are melodic death metal sections for instance, which are the verses almost all the times. Without any blastbeats though and the deep growls are still intelligible. At times they remind me of the death ‘n’ roll era of Gorefest, but sometimes they remind me of newer Carcass. These verses are followed by an epic chorus in a power metal style. Very much like Sabaton, without the keyboards though.

It might be refreshing to some to switch from melodic death metal to power metal and back a few times in every song on this album. Though, the verses with the deep growls tend to slower down the songs. They pull it off better during the epic choruses. Those are far more energetic.

Recommended for fans of Sabaton, Soilwork and Six Feet Under.