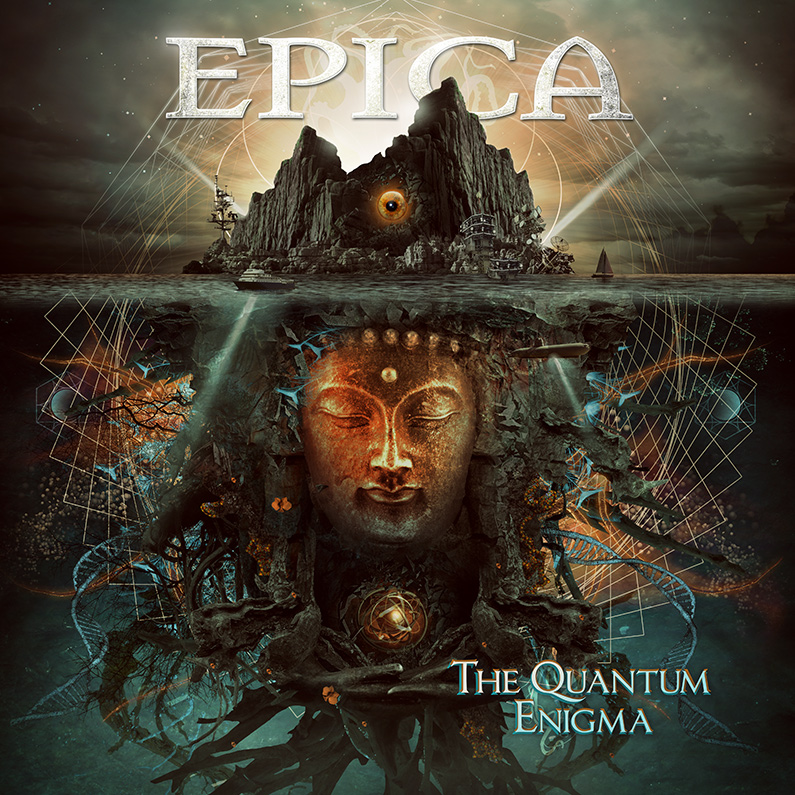 Epica is the band that introduced me to the metal scene and even though I have a taste for heavier, sometimes darker music now, I’ll probably always follow this Dutch six piece. Their previous effort, Requiem for the Indifferent, is one of my favourites in the bands career. Now let’s see how their sixth full length, The Quantum Enigma, measures up to that.

Every Epica album has a set of typical features and this record is no exception. It starts with a bombastic, tension building intro with choirs, Originem. Afterwards, you are lashed into The Second Stone by sharp guitar riffs and fast paced drums. The fundament of the song is a metal driven sound, but there is a lot of room for catchy melodies and choirs. This is something you notice you hear throughout the album. The Quantum Enigma features less grunts and a more straightforward approach to song writing, making it more accessible in comparison to its predecessor. For the fans who loved to wander in the complex, heavy and mysterious songs of Epica, this can be a bummer.

That being said, there are many factors that will make you forget this downside. Take for example the vocals of Simone Simons. She never sounded better as her voice has strengthened a lot over the years. On The Essence of Silence and Chemical Insomnia her classical voice is a force to be reckoned with, on Unchain Utopia and the requisite ballad Canvas of Life, the red headed beauty treats you with the soft and diverse characteristics of her voice. An Epica classic and therefore a gem on this album is Sense Without Sanity – The Impervious Code. After a serene, The Score/Howard Shore inspired intro you will hear a song that defines this band. The riffs are groovy, Simone’s vocal parts sound melodious, Mark Jansen’s (sometimes missed) guttural vocals lubricated by Chocomel play a part, it basically has everything.

Of course, the record features some new (or recurring) elements as well. The Fifth Guardian is a Asian inspired interlude. Some instruments, like the harp and the keyboard seem to take a more prominent role, like in Natural Corruption (a bit like Quietus) or the keyboard solo in Reverence – Living in the Heart. The record finishes with the title track, The Quantum Enigma – Kingdom of Heaven Part II – typically the longest song on the record and alike the others, a true culmination of this record.

In The Quantum Enigma, the past and present meet. Omen – The Ghoulish Malady exemplifies this perfectly. The chorus sounds fresh and modern, due to its straightforwardness. However, it also contains symphonics and rhythms that remind you of the debut, The Phantom Agony. The inspiration behind this renewed sound might be that the Dutch six piece worked with producer Joost van den Broek (ex – After Forever) for the first time, instead of Sascha Paeth (who was still involved in the pre-production process) or the fact that most songs were created through a team effort. In any case, Epica has turned to page to a new chapter.