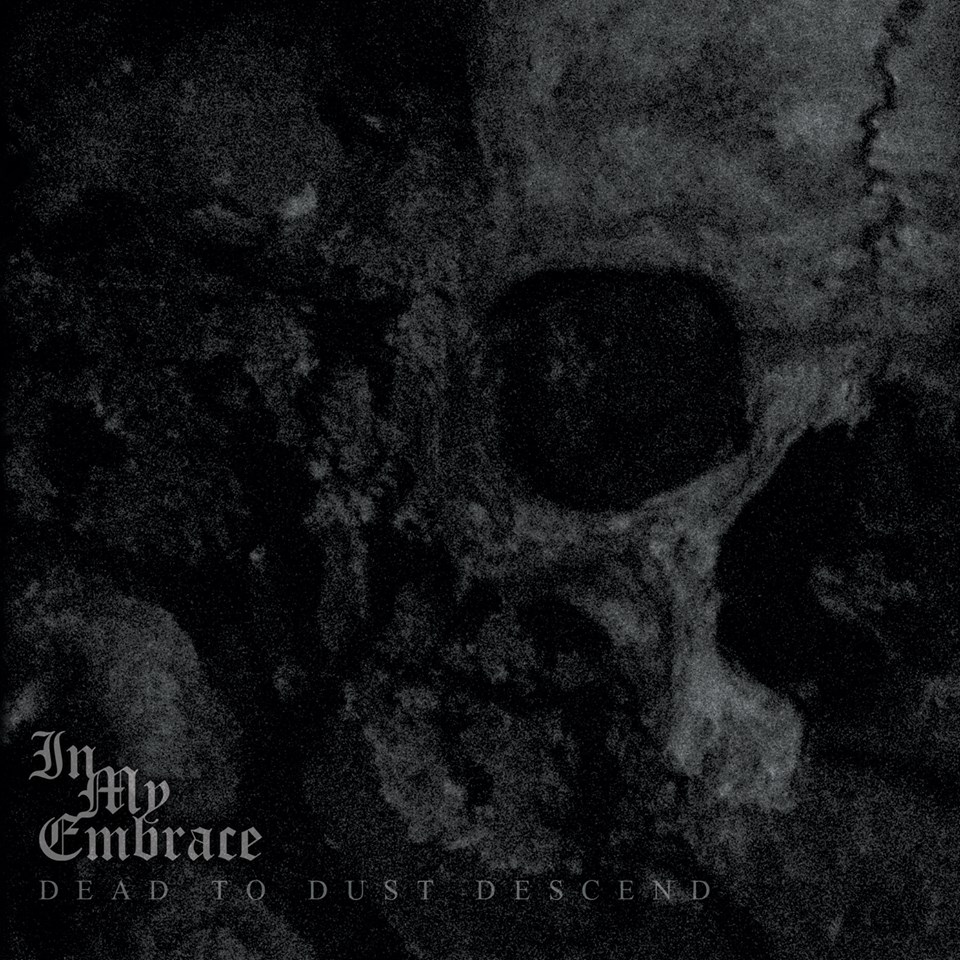 It is hard to do something wrong if you situate your music among the style of black metal legends such as Immortal, Dissection and Dark Funeral. Therefore, the EP, Dead to Dust Descend of the Swedish black metal project In My Embrace is a nice piece to listen to, but does not aspire to much more.

In My Embrace is a black metal project by the duo Johan Sjöblom (vocals, guitar, bass) and Bosse Öhman (lead guitar, vocals, lyrics). Even though they’ve been creating unholy tunes since 2004, it was not until May this year that the EP, Dead to Dust Descend, was released.

The band already states in its biographical information that they’ve been described as a mix of Dissection, Immortal, The Moaning, Dark Funeral and Arckanum. It’s a right on comparison. The second track of the EP, To Forevermore, contains that raw, rhythmic approach to black metal like Immortal. The vocals are somewhat reminiscent of Jon Nödtveidt in the Rainkaos-era.

Underneath the straightforward riffs, Sjöblom and Öhman have created a softer atmosphere, which can be heard on Diabolical Masquerade. This song seems to demonstrate the personal touch of In My Embrace more effectively, partially because of the atmospheric layer, but also because the guitar is made to sound more modern.

If you are a fan of the aforementioned bands, there is not much that you will dislike about this EP of In My Embrace. Nevertheless, as there are many groups out there that are inspired by the same classic sound, so this duo could do more if they want to stand out.