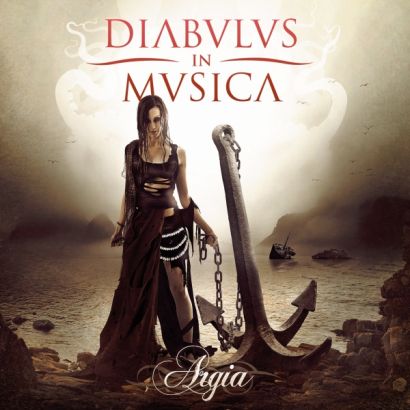 It’s been two years since their second album and my first taste of Diabulus In Musica. The new and third album Argia has just been released and I wonder if the band has improved since last time. Back then I wasn’t that impressed. It was just an ok band for me, so time for round two.

The album kicks off with a very beautiful intro and kickass first song with much power in it. But the third track is right away a lot lesser track. And then they kick back with Furia De Libertad featuring guest vocals of Ailyn Giménez from Sirenia.
There are several more tracks like these one and de opening track. Spoilt Vampire and Mechanical Ethos show that Diabulus In Musica can write some awesome songs with power and good guitar riffs. Unfortunately half the album exists of songs that are not that good and interesting. And so I have mixed feelings about this album. There is a lot of potential. But there is also a lot to learn. At least the album closes the same as it opened, with a great metal track followed by a beautiful outro.

So for me the band hasn’t improved very much since the album Wanderer and that is too bad. At least it didn’t get worse. There is still enough to enjoy. And I look forward to the next album which is for me a break it or take it.