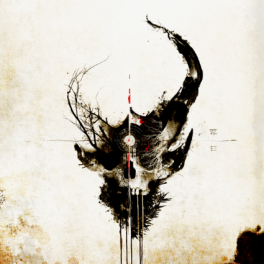 By DJ Insanity
Extremist is the highly anticipated release by Seattle metal veterans Demon Hunter. “Extremist” is the bands 7th studio album and continues to show loyal fans that the band has so much more in them. Demon Hunter continues to re-invent themselves and the sound that they create, ignoring the critics and those that try to make them fit the mold of all other bands.

Demon Hunter further evolves their sound with “Extremist” while still focusing on quality song writing and lyrics that speak to a deeper meaning. This album I find heavier than True Defiance but is still milder than the pure metal albums “Summer of Darkness” and “Demon Hunter”. This album is mixed to perfection and the authentic sound that Demon Hunter is able to produce.

Vocalist Ryan Clark brands this album with his signature growl and scream, and even though this is their 7th album the sound and tone he creates never gets old. Patrick Judge(Backing Vocals, lead guitar) adds another musical element that gives the album an amazing listening experience. The formula that Demon Hunter has used to create music doesn’t seem to have changed over the years, yet the product they create stands the test of time leaving Demon Hunter on top again. Timothy “Yogi” Watts(Drums) lays down an energy driven array of maniacal beats with his unique style mixing double bass with the traditional playing style. Jeremiah Scott(Rhythm Guitar) lays down spot on guitar tracks that mesh so flawlessly with the lead parts in the background and I can’t state how good it sounds.

The opening track “Death” is an interlude of sorts. And leads into a short intro track with a slow groovy metal vibe that will leave you prepared for the rest of the album. This first song is simply a teaser but I couldn’t think of a better way to start the album out.

One of my favorite songs on this album “I Will Fail You” reminds me of a cross between “Dead Flowers” off of the “True Defiance” album and “Not Ready to Die” off of “Summer of Darkness”. I have always leaned more towards Demon Hunters slower songs. They feature riffs with that dark eerie presence that keep the melody in your head. This song has a really great solo in the middle of it. Love this song, definitely worth listening to many times over!

“Cross To Bear” is another favorite of mine. It’s super-charged from start to finish. It has that pure rage filled tempo and sound. This song reminds me of the sounds of the earlier Demon Hunter albums. This song should go on repeat and will leave your neck hurting. This song would be brutal live, I can see the mosh pit now.

“Extremist” is an album that doesn’t overthink the song writing process. It’s just a group of guys doing what they have excelled in for years. This album mixes all the components from Demon Hunter old and new. This album should do well on the heavy metal charts and if you are a fan of the band you will not be disappointed.