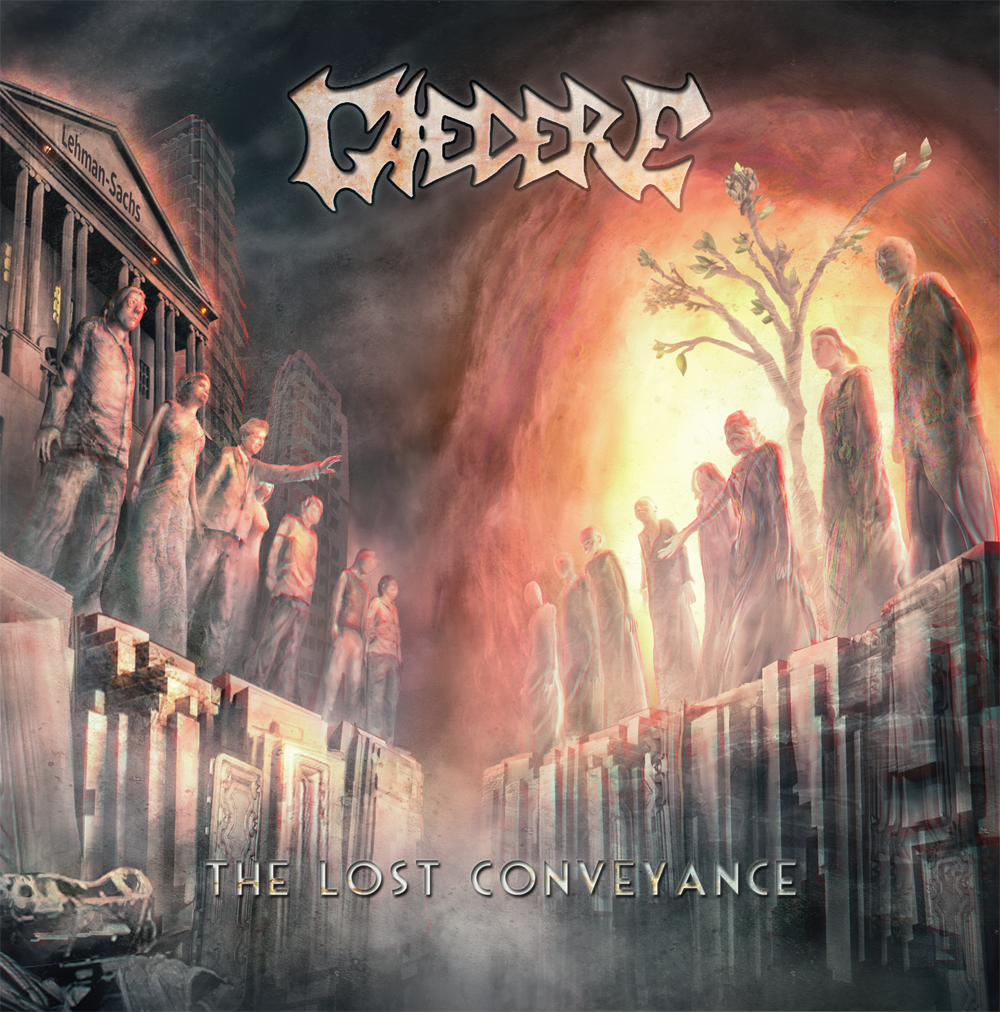 Dutch Death Metallars Caedere recently released their third full length ‘The Lost Conveyance’.
After some line up chance since their former full length and mainly gigs just inside The Netherlands, the band is now ready to open up new horizons and explore new lands.

The Lost Conveyance is a straightforward Death Metal album. A perfect mixture between a low and deep sound, mainly in the vocals, and faster and more technical parts, which makes it all together a very heavy album.
All these elements can be found in the killer track of this album: Union Of Substitutes; here Caedere really shows what they’re capable of.