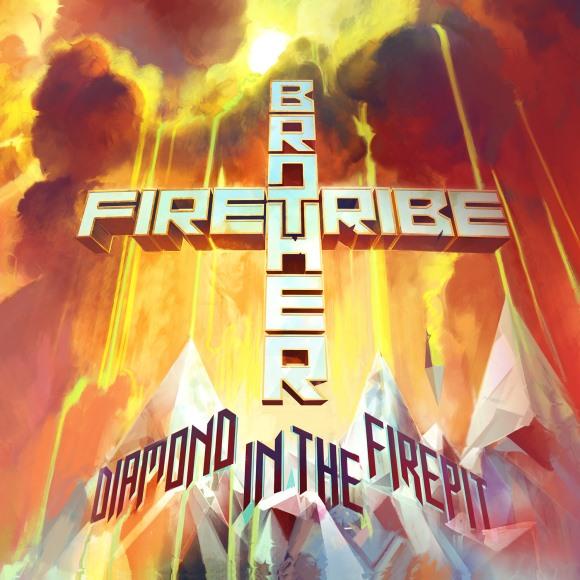 By Michael
To start this review, I must be totally honest. Before I started listening to this album, I did not know that much about Brother Firetribe. I’ve listened to some songs a while ago, but I was more familiar with lead singer Pekka Heino’s other band, Leverage, which actually is also more my style.

Still, Brother Firetribe did get my attention. As any reviewer should do, I listened to previous albums before I could judge this one. It has been silent for a while in camp Brother Firetribe. This isn’t that strange since not only Pekka has another band (sadly enough, also no news about that one), but guitarist Erno Vuorinen, better known as Emppu, has been quite busy with Nightwish.

So, what can you expect from the latest release, “Diamond in the Firepit”? Actually, it does not really stray that much from what fans of Brother Firetribe already know from the band. There are no real surprises on the album, but in this case, it’s not a bad thing. Out of the eleven tracks on the album, there is not one that gets boring. You get what you expect, catchy melodic rock filled with strong guitar solo’s, traditional keys and the fantastic voice of Pekka.

Every song is as catchy as the next and makes you tap your foot, humm along or bop your head, just as they are meant to do. Are the songs very original? No. Is that a big issue? It may be for some people who expect a bit more from the band. For me, all songs did sound great and didn’t get dull. “Diamond in the Firepit” is a great new album by Brother Firetribe. One problem though, this makes me long for another Leverage album!