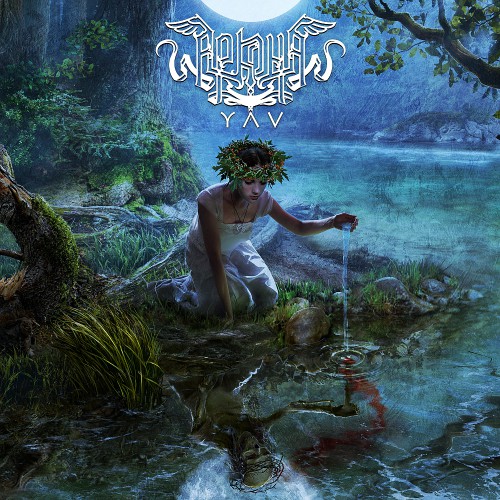 By: Omer
Arkona, hailing from Russia, is one of those bands that broke through during the massive exposure of the whole Pagan/Folk Metal during 2004-2007 or so. During those years, wave after wave of bands that share common musical and lyrical features, were exposed to the massive crowds one after another. Some of them were new, while some of them existed before (and some were even quite veteran), but almost all were limited to the genre’s own small yet powerful community, up until then.

The difference between Arkona and the rest, was that first of all they came from Russia. Not many bands in the genre managed to cross that imaginary boundary and reach out to the masses in mainland Europe and even though the band sings in Russian, their success was quite swift, thanks to an accessible kind of Folk Metal, but not one that depicts itself to be a just a bundle of happy-jumping-drinking songs as most of the new fans of the genre, would expect.

Nowdays, Arkona are a formidable band that is known throughout the Folk Metal scene, with a successful list of albums in their arsenal, festival appearances and many European concerts. Yav is the band’s 7th full length album, and I was eager to spin it.

The new release begins with the Shamanic-like “Zarozhdenie” that right on the start throws us into a musical path that actually differs from the latest Arkona releases. Don’t get me wrong, all of the band’s characteristics are present, whether it be the short yet emotion-filled folk passages, Masha’s familiar swirling vocals, the tendency to mix some Progressive influences into the song(s), the lingering “tribal/ceremonial” parts, or some familiar sounding riffs from past albums. Although it’s all here, something sounds quite different. It’s not the same exact Arkona of Goi, Rode, Goi or even Slovo.

The new album may be a turning point in Arkona’s career, as it is a couple of steps ahead of its predecessors. Arkona has the ability to successfully create songs that combine their own blend of harsh, extreme riff work with thoughtful traditional Folk music, and they do it in such a way that neither one clouds the other. A fine example of that, is the second song on the album, which blasts its way through the listener’s ear with a fast paced rhythm on the major part of its length, without neglecting its melodies and all the while, the tin flute dictates the folk parts, alongside other traditional instruments. Unfortunately, in Yav, the spotlight has been diverted a little bit from those instruments to the other elements at work.

So, basically, what’s new in Arkona’s new album? The easy answer would be “not much”. The hard answer would be to understand that Yav sounds like the older, wiser uncle of the band’s previous albums. As I said, even though the traditional instruments are present as ever, the album delivers a shipment of moments that feel like these parts in the songs have totally been castrated, as it is present in “Serbia”, for example. The straight-forward Folk moments we’ve all gotten used to, gave way to more complex keyboard parts and therefore a whole lot more of a progressive kind of sound.

The more atmospheric sound of Arkona is still present from time to time, and best heard in “Chado Indigo” that easily drags the listener to a totally different realm. In this gem, tunes that would make you bang your head furiously would mingle with a gentle flute and low Shamanic chants and it’s with tracks like this, which shows Arkona’s true musical abilities.

“Jav” is also quite special, stretching for almost 14 minutes and even though it’s not the last track here, it is pretty much the ultimate climax of the new album, as the older and more known influences of the band is combined with the newer tunes, creating a tango of melodies, accompanied by the powerful vocals of the one and only Masha.

Overall, it is safe to say that veteran Arkona listeners would find Yav to be an interesting album, even if they won’t crown it the best in the band’s history. Arkona took a different path with the new album and I hope that it won’t have a negative impact on newer listeners that aren’t familiar with their material.
Yav is an album that would take quite a few spins for anyone to start digesting it properly. The amount of layers and different sounds is simply tremendous, but it’s not always a good thing.