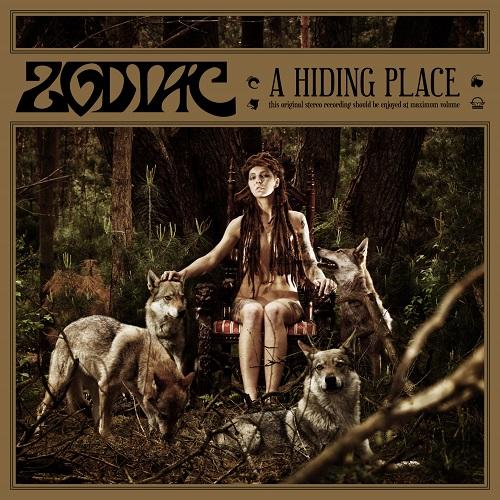 When I read their name “Zodiac”, I actually thought about the serial killer and therefore fast paced aggressive music. Not exactly a nobel prize winning thought. So I was kinda shocked when I found out that Zodiac was a hard rock band. Though, I was happily surprised when I first listened to A Hiding Place.

Zodiac was formed in Münster, Germany, in 2010. Their debut dates from 2012 and now one year later, they release their second full-length. The album starts with a catchy guitar riff from their single Downtown and it suddenly sets you in the mood for solid hard rock. The rest of that song is straightforward hard rock. Although the band also shows you some elements of blues rock too and it slows down here and there. Believer is a fine example of one of those slower rock songs. And with those beautiful vocals it’s very relaxing.

A Hiding Place is a decent hard rock / blues rock record. With interesting songstructures and time changes, this cd sounds fresh, eventhough it’s a typical 70s style. So overall, definitely an enjoyable listen from time to time as a side dish for all your metal needs.