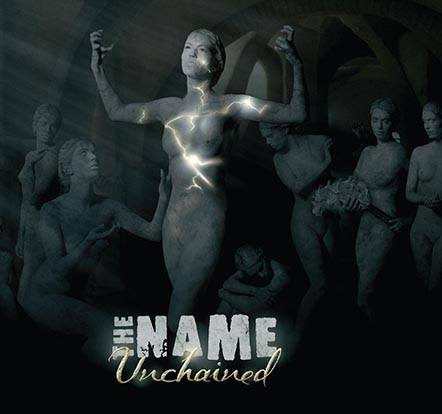 By Laetitia
The genre of female fronted metal/rock is a crowded place to be in. Most definitely in the Netherlands. So, each time a band in this genre brings a demo to my doorstep, the thought of: ‘another one..’ is unavoidable. Luckily, the music is sometimes powerful enough to steer you away from those thoughts. theName does this and certainly has the potential to be more.

The advantage that theName has, is that their music certainly isn’t standard. They mix groovy and heavy riffs with poppy melodics. Vocalist Hadassa has a strong, rock voice, but can also carry a softer tune. This is the element that makes theName stand out. Second track of the album, Radiate, demonstrates this nicely. The track starts off heavy, but the vocal lines of Hadassa alternate between sweet and persuasive to powerful. The riffs follow the same structure, they sound catchy at first and get stronger as the chorus starts.

On Masquerade, the band experiments with rap vocals a little. The pace of the music doesn’t seem to fit these kind of vocals, which make those parts sound rushed. It’s not the best performed experiment, but nevertheless a daring attempt. A plus of Unchained is the song writing. Twisted, for example, is very poppy and melodic, with delicate vocals and a fast, powerful chorus. The next song, Image, sounds a lot more laid back with intriguing melodies and heavier, which is good for the dynamic of the album.

Discussing all tracks that are well written would take up much space and there are two flaws that need to be addressed as well. First of all, after a while, despite of the applauded song writing, some of the tracks become monotonous. Take Missed, for example, this song doesn’t have a lot of character. Maybe it’s just a matter selecting the songs for the album more strictly. The second thing is the production. It sounds a little thin. With a richer, stronger sound, Unchained would have been a production that you couldn’t ignore. Still, I’m positive theName can easily overcome such issues, so I’m curious what a next effort will bring.

theName is certainly a recommendation for all fans of female fronted metal bands!