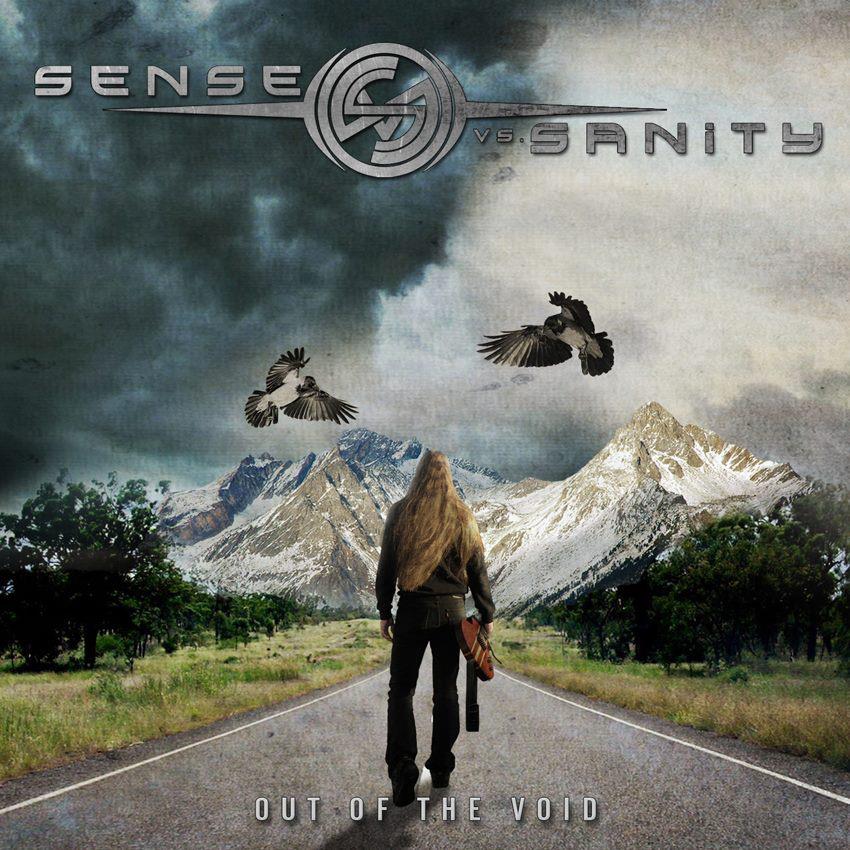 By Laetitia
Sense Vs Sanity is a melodic death metal project by musician Sander Stegeman, who is actively involved in the Frisian metal scene in groups such as Disintegrate, Pink Panda and (ex)Posthuman. In 2010 a debut EP was released. Now, with assistance of Joran Dijkstra (drums) and Tom de Wit (orchestrations), Stegeman (guitars, bass, vocals) created the first full length Out Of The Void. Guest musicians from bands like Aborted, Autumn and ReVamp have contributed to this record. Also, Sense Vs Sanity will hit the stage with a live band this year.

The opening track A Spirit Dissolved is partly instrumental and partly a spoken account that is weaved throughout the album. Next, the title track Out Of The Void is heavy. It’s death metal orientated and features some guitar work by a guest musician (Jord Otto (ReVamp)).
The vocals on this song balance between fine and odd. Now and then, the high pitched grunts (and also the higher, rough vocals) sound shrill and because of that sometimes unpleasant. It’s unfortunate that such moments appear more than once on this debut.

Also, this track (actually much of the album) would have been better without the unnecessary and cliché background synthesizers. On Taking The Reigns and The Path you hear contributions on the keys by Joop de Rooij (Magion). His input makes the synthesizer parts a lot more interesting, something that should have been exploited more in the entire album.

The heavy parts on Out Of The Void are performed well. Other tunes like Disposable and Never Enough appear to be more accessible, mainly because of the addition of catchy choruses. The first of these two tracks features a guitar solo from Mendel bij de Leij (Aborted). The song dynamics and variation between heavier and catchy material makes sure that the record stays of interest. The last track on the album Another Me (acoustic) which contains vocals of Marjan Welman (Autumn) and Andi Kravljaca (Silent Call, Aeon Zen, Ex-Seventh Wonder) is a nice bonus. Their singing fits the stripped down version of the song beautifully.

Aside from the points mentioned above in the review, Out Of The Void is a good first effort. The album provides you with pleasant, heavy music, though not extraordinary. It would be interesting to see how Sense Vs Sanity develops.