Also check out our interview with Floor Jansen! 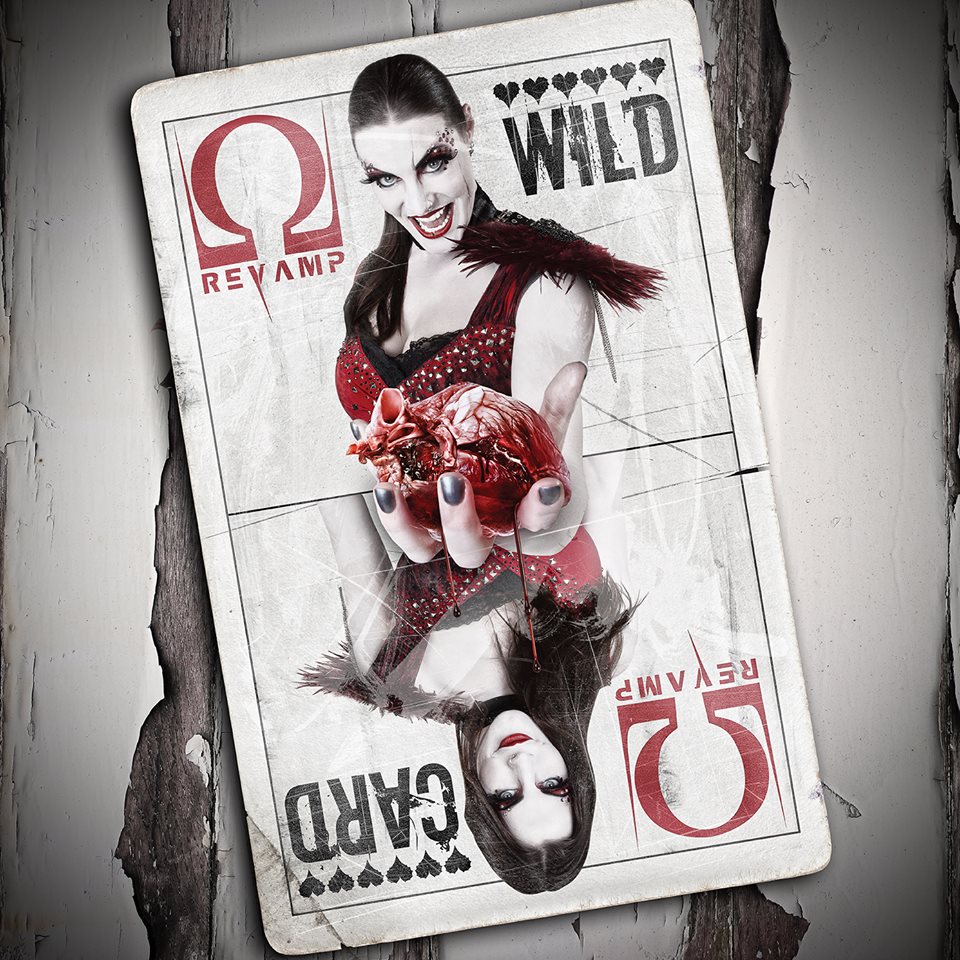 By Michael
ReVamp is back, and how. After an absence since the release of their first album and an intensive tour, Floor Jansen has recovered from her burn out. Stronger than ever, in between helping Nightwish with their tour as a substitute singer, Floor has managed to record the new ReVamp album, named Wild Card.

About the record, Floor states: “Never before in my career I faced a situation like the one we were in with this album. It was a huge challenge because of several reasons. My sickness caused a major break between the first album and tours plus the writing of the first ideas for the second album and the actual finalization of those songs and the album. And right at the moment we started to pick everything back up after I was sick, I joined Nightwish.”

Though being a joyful occasion, it demanded a totally new approach towards the album recordings: “Guided by Joost van den Broek, who had been responsible for the songs of our debut, my talented fellow musicians recorded all the instruments, so that when I came back to The Netherlands, I stepped into the studio to find a rough diamond. A shiny dark crystal: ready for my vocals. That was magical! The singing went smoother than ever before.”

Multiple guests have helped with this album. Just as on the self named debut album, Joost van den Broek organised the musical arrangements when Floor was gone. After the departure of bass player Jaap Melman, Henk Vos stepped in. Well, stepped in, he was tossed into the deep.

Aside from this, Mark Jansen who we know from Epica and Mayan sung on the song “Misery’s No Crime”. That’s not all, Marcela Bovio from Stream of Passion and Daniel de Jongh from textures sung on the backing vocals and Devin Townsend himself sings on track six “The Anatomy of a Nervous Breakdown: Neurasthenia”.

While listening to this album, I have come to the conclusion that ReVamp has grown a lot of the years. The album is more diverse, but mostly a lot heavier. You can really hear that Floor is using her experiences over the last couple of years and needs to shout her emotions out. This gives the songs a little bit of extra power which absolutely is a big plus for the album. In my opinion Floor’s voice and power felt a bit toned down on the first album, but you cannot say that at all for Wild Card.

Some songs are full of power, like Wolf and Dog and some songs like Distorted Lullabies are complex and bombastic. The diversity makes this album very easy to listen to. Before you know it, the twelve songs have passed and you are listening to Wild Card over and over again. As said in the beginning, ReVamp is back and we will know it! The first couple of notes might not be what you’d expect out of ReVamp, yet the album is strong, powerfull, diverse and lays a path for ReVamp to even more international recognition.