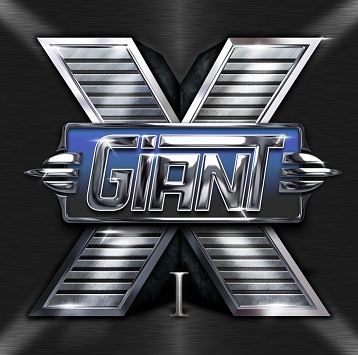 By Laetitia
2013 marks the arrival of Giant X, the debut of the same-named group lead by Rock´n`Rolf Kasparek and Peter J. Jordan. The two members of the German heavy metal flagship Running Wild decided to join forces when they received overwhelming reactions to their composition ‘Burning Wheels’ (off EMI Production Music’s Rock/Metal album). So are we to expect something alike Running Wild, or something completely different?

Well, something in between actually. Giant X is also rooted in heavy metal and very guitar orientated, as songs like ‘On A Blind Fight’, and ‘Go 4 It’, prove. But there is more to it. The duo is equally inspired by rock music in the tradition of the seventies, eighties and nineties. Like the anthem ‘Don’t Quit Till Tomorrow,’ or the catchy ‘Soul Survivors’. Also, the record is musically broader than a common heavy metal album. Take ‘Badland Blues,’ a southern bluesy track with a groovy base, one of the jewels on this album.

Even though most songs are entertaining (‘Rough Ride’ and ‘Let’s Dance’ for sure!), there are some moments when the cliché rock-metal crossovers are too much. ‘Now or Never’ or ‘Friendly Fire’ can be nice, typical rock songs, but not when you’ve heard similar tracks already. Luckily, there is enough variation between the songs to make you forget that quickly. So when it comes down to it, ‘I’ is amusing. Aside from a few weaker, utterly typical tracks, Giant X’s debut will do fine on a party or if you are in a mood for uncomplicated rock.